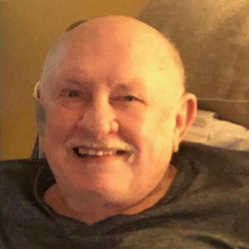 Alfred was born Oct. 18, 1941 in Indianapolis to the late Lester and Anna (Malicoat) Crosby.

In addition to his parents, he was preceded in death by his sister, Sue Gammon.

He was a tool and die maker for Allison Transmission and worked at GM for 37 years before retiring.

He enjoyed his family, socializing with his many friends and riding his Harley as long as he was able. He was a member of Plainfield Christian Church, the American Legion Post in Danville and the Fraternal Order of Eagles in Plainfield.

The family is very appreciative of the caring support of friends and family and especially the caregivers from Heritage Hospice.

Due to the current restrictions on funeral gatherings, a celebration of Alfred’s life will be later in summer.