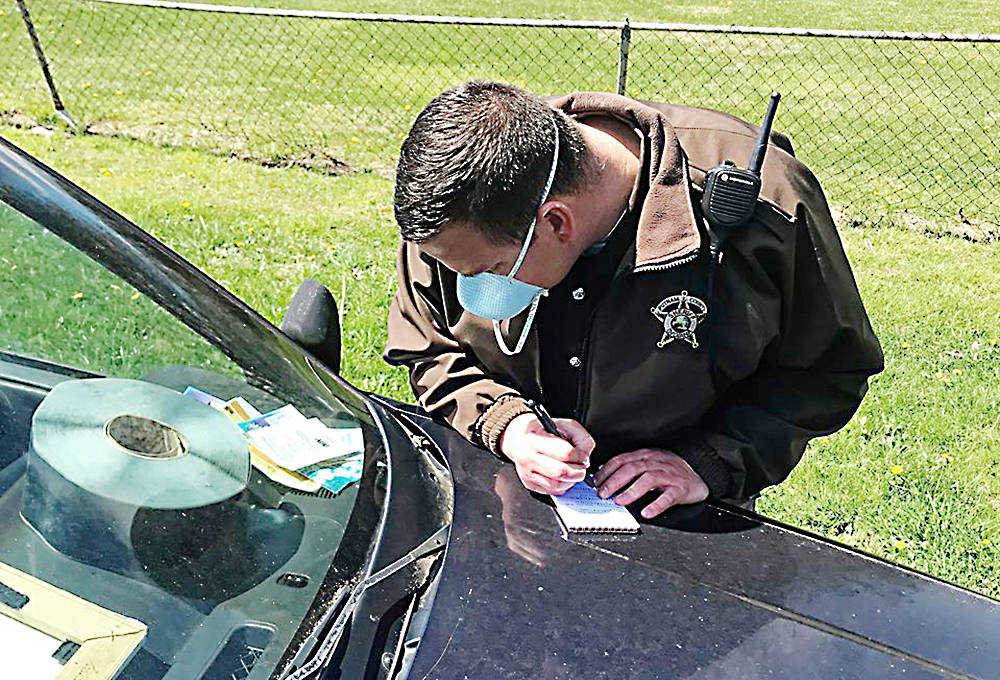 While executing a recent search warrant, Deputy Brian Helmer records the information of a vehicle found at a rural Bainbridge residence. The invesigation resulted in the arrest of Otis Sams, 65, Bainbridge, who now faces nine criminal charges, all related to drugs or theft.
Courtesy photo/PUTNAM COUNTY SHERIFF'S DEPARTMENT

A Bainbridge man is facing nine criminal charges — eight of them felonies — following an investigation that started with a simple registration check on a parked trailer last Friday.

The investigaton began shortly after 7 a.m. Friday when Putnam County sheriff’s Deputy Brian Helmer noticed a trailer parked at a residence on County Road 900 North. The trailer had a plate belonging to a stolen trailer out of Hendricks County. It was hooked to a truck with no registration plate but known by the deputy to belong to Sams.

The investigation led Helmer and two other deputies to Sams’ home on County Road 800 North.

Sams told Helmer the truck and trailer at the other residence belonged to him and that someone must have put the stolen plate on the trailer without his knowledge.

However, when Helmer asked if he could look around the property, Sams said yes and led the deputy to a trailer with the same VIN as the stolen trailer. The deputy placed Sams in handcuffs and advised him of his rights.

In the meantime, fellow deputies Scott Ducker and Kyle Lee had located an Isuzu dump truck whose VIN number also revealed it had been stolen.

At that point, Helmer advised his fellow officers they should back out and request a search warrant.

During the current COVID-19 pandemic, arrestees are being transported to the Putnam County Jail via the jail van, as it is easier to disinfect than deputies’ patrol vehicles. 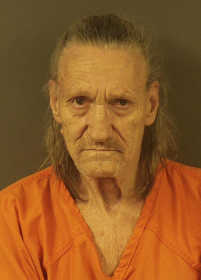 As they waited for the van’s arrival, Sams asked if they could wait in his garage because he was cold. Helmer granted this request.

As they waited, Helmer noticed, in clear view on a workbench, a clear baggie with a white powdery residue inside. The substance later field tested postive as cocaine.

A few hours later, the search warrant was granted. Helmer’s case report indicated that three stolen vehicles were found on the property in addition to the trailer.

Helmer also indicated that, in addition to cocaine, the search of the garage yielded approximately 20 grams of methamphetamine, 55.2 grams of marijuana and Clobazam, a prescription medication listed as a Schedule IV controlled substance.

The Indiana State Police also assisted by taking calls around the county while county and town officers were otherwise occupied.

Still in the custody of the Putnam County Jail, Sams appeared by video before Putnam Superior Court Judge Denny Bridges Wednesday. A not-guilty plea was entered and bond was set at $40,000.

A jury trial was tentatively set for July 7.

Sams has a lengthy criminal history that includes prior drug charges in Putnam and Boone counties, including a 2008 conviction for dealing in cocaine or a narcotic drug and a 2016 conviction for possession of methamphetamine, both in Putnam County.

In addition to the charges filed (which, combined, could carry sentences of more than 50 years) the prosecutor is also seeking a habitual offender enhancement for Sams.