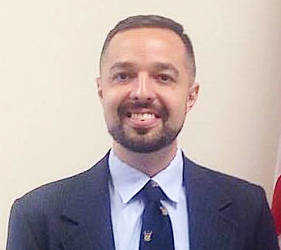 The executive session referenced occurred on Tuesday, March 24 and followed a special meeting in which the council approved measures relating to the COVID-19 spread.

Hofmann stated that he and the council had a discussion with Mr. Galloway, where he was “specifically asked” to refrain from destroying town property and to return any such items in his possession. 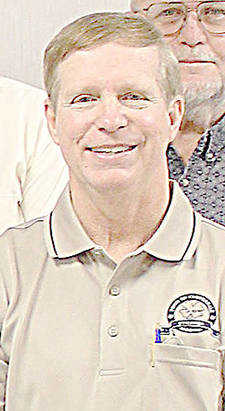 Hofmann provided that these measures are “commonplace” and specifically outlined in the town’s employee handbook.

The town attorney then claimed he was informed that Galloway was in the process of, or had been, both destroying documents and taking others from his office.

“That alone is not that telling,” Hofmann stated. However, he also provided that he then contacted Galloway and directed him to suspend his duties and vacate the town office.

Hofmann stated the town had been in contact with an “outside law enforcement agency” regarding a pending investigation involving Galloway and his wife, Cheryl. Mrs. Galloway is the clerk-treasurer for Cloverdale.

“The reason Mr. Galloway was asked to vacate his office and suspend his duties ... was due to the fact that we were tying to preserve the integrity of that investigation,” Hofmann said.

According to the complaint filed by Mr. Galloway, Hofmann sent a letter to him at almost midnight on Thursday, March 26 stating his termination would take effect the next day.

The letter also provided that Galloway was given two weeks to “finalize (his) job and responsibilities” at the executive session. However, this was to be disregarded.

Hofmann then requested the council for a vote to terminate Galloway, “as (he) was informed in the executive session would be occurring if he chose not to resign.” The council unanimously consented.

Mr. Galloway’s attorney, Mark Waterfill, stated to the Banner Graphic on Monday that the town manager was given an ultimatum during the executive session to either resign or be fired.

Hofmann also told the Banner Graphic Monday that Galloway’s termination was originally to be announced during Tuesday’s regular session.

Mrs. Galloway was not present at the meeting, but was following it virtually. Hofmann provided that she did not want to risk being exposed to someone with COVID-19.

Mr. Galloway’s employment was also considered during an executive session held on Tuesday, March 17, the minutes of which were shared with the Banner Graphic.

Mr. Galloway has served as the town manager since November 2014, and was named Cloverdale’s interim building inspector back in 2017.

The minutes reflect that Hofmann advised the council that no “final action” could be taken in an executive session regarding Galloway’s employment. It was also noted that the council, “desired setting up a public meeting as soon as possible.”

According to the minutes from the March 24 executive session, Council President Larry Fidler told Mr. Galloway the town had “taken steps” to terminate him -- and would proceed with doing so.

Galloway then asked why this was happening, to which Fidler replied that firing him was an “at-will” decision on the town’s part. As such, a specific reason was not given.

The document relates that Galloway asked Hofmann to send him a letter documenting his returning town property. The town attorney said one would be provided, “in the event that he does not resign and termination occurs at the April 14 meeting.”

The principle issue still concerns the process, and whether the town took final action -- without holding any public meeting -- in directing the letter to Galloway and telling him to quit his duties.

The handbook on Indiana’s public access laws requires that, “official action of public agencies be conducted and taken openly, unless otherwise expressly provided by statute, in order that the people may be fully informed.”