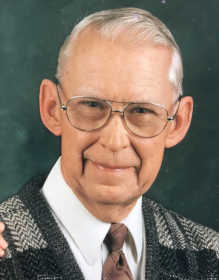 He was born June 30, 1932 in Bowling Green, the son of Herman and Beatrice Norman Funk.

Dick graduated from Bowling Green High School with the class of 1950.

After high school, he met the love of his life, Pauline Minor. They were united in marriage on Jan. 19, 1952.

Dick joined the Air Force in December of 1952. He was stationed at Wright-Patterson Air Force Base and later at Ellsworth Air Force Base near Rapid City, S.D. He also served in Labrador, Greenland and Okinawa. While in Okinawa, Dick purchased his first Volkswagen Beetle.

After 20 years of service, Dick retired with the rank of Master Sergeant. He and Pauline moved to reside in the Greencastle area.

In 1972, Dick and his brother-in-law, Kenny Minor, opened D&K Beetles, a Volkswagen repair shop in Greencastle. They serviced Beetles for 45 years, closing when Dick retired in January of 2019. During his time in the business, Dick developed many friendships with several Volkswagen enthusiasts.

Survivors include his wife of 68 years, Pauline Funk of Greencastle; nephew Jeff Minor and his wife Shelley, with whom he had a special bond; and their children, Hannah Willard and husband Josh and Bryce Minor.

He was preceded in death by his parents; a son, Scott Allen Funk; and a daughter, Dianna Kaye Funk.

A private graveside service was held on Wednesday, April 22 at Fairview Cemetery in Bowling Green.

In lieu of flowers, donations may be made to Greencastle Christian Church or to the Bowling Green United Methodist Church.