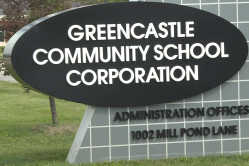 The purpose of the public hearing is simply to accept any public objections to or support for a proposed superintendent contract.

The plan is to publicly announce and formally hire the new superintendent during a special public meeting at 6:30 p.m. on Monday, May 11.

For the May 4 public hearing, the board will take as many measures as possible to maintain social distancing standards. This will include having only three board members in attendance as well as asking commenters from the public to only enter the boardroom one at a time.

The new superintendent will replace Jeff Hubble, the GCSC superintendent since August 2016, who is set to retire on June 30. Hubble announced his retirement in January, at which point the board engaged with the Indiana School Board Association to conduct the search for the next superintendent.

Details of the superintendent contract will be printed among the legal advertisements of the Friday, April 24 Banner Graphic.

A copy of the full contract is available at http://www.greencastle.k12.in.us/g_c_s_c/school_board/notifications.