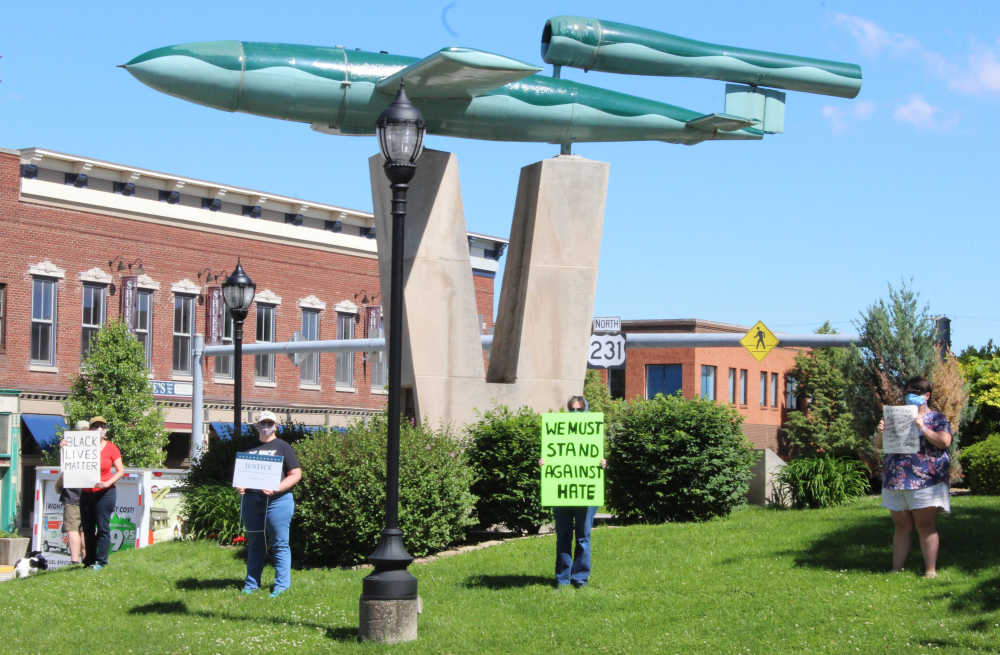 Gathering under the buzz bomb on the courthouse square, community members participate in a peaceful protest late Saturday morning. The small demonstration was in response to the death of George Floyd, an African-American man who died last week in Minneapolis, Minn. while in police custody. 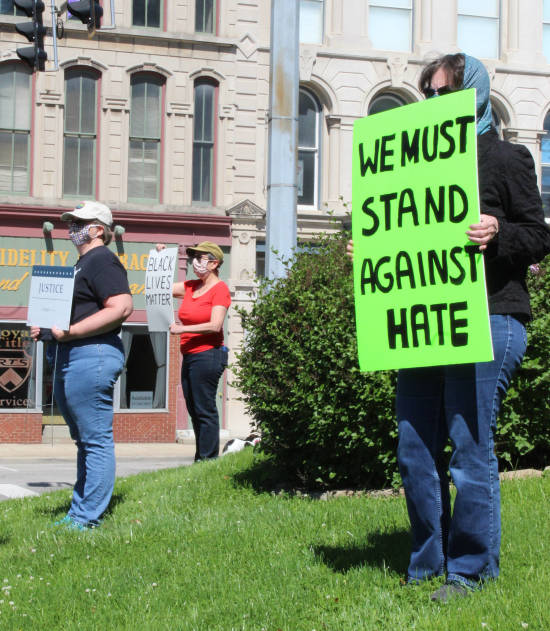 The outrage has centered on the actions of Officer Derek Chauvin, who was recorded kneeling on Floyd’s neck. Chauvin and other officers involved were recently fired. Violent confrontations have occurred in Minneapolis and other major U.S. cities since the incident. 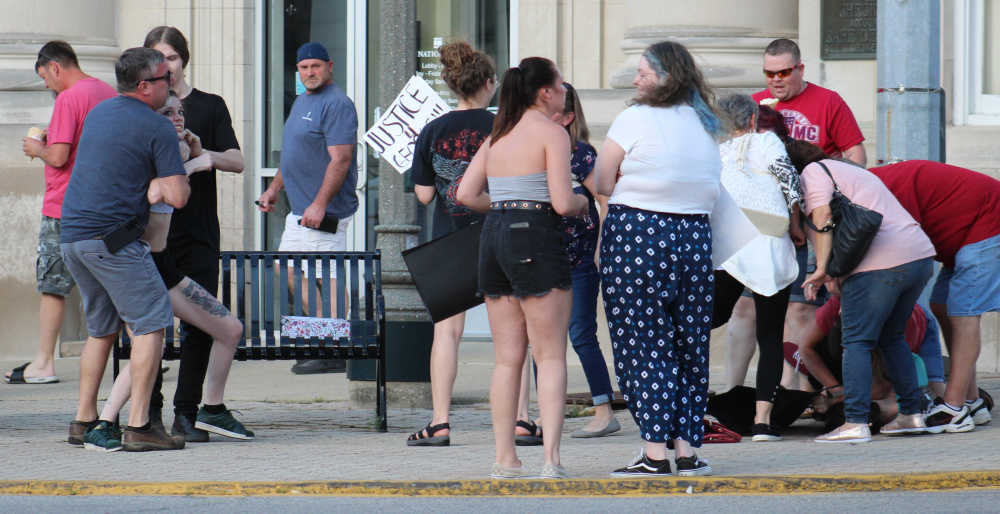 Later in the day, youths also hold another small protest on the square outside in front of Old National Bank. However, an altercation broke out between them and an older group crossing the street. One of the protestors claims she was attacked first and pinned to the ground. A Greencastle police officer responded to the incident, but no one was arrested. However, a police report has been filed.
Comments
View 12 comments
Note: The nature of the Internet makes it impractical for our staff to review every comment. Please note that those who post comments on this website may do so using a screen name, which may or may not reflect a website user's actual name. Readers should be careful not to assign comments to real people who may have names similar to screen names. Refrain from obscenity in your comments, and to keep discussions civil, don't say anything in a way your grandmother would be ashamed to read.
Respond to this story