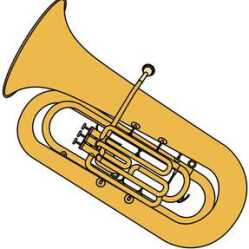 The Brazil Concert Band, directed by Matthew Huber, will present “The Band Played On” this Sunday, July 19 at 8 p.m. in Forest Park, rain or shine.

The waltz by the same name is by Charles Ward and John Palmer.

From the movies, the BCB will feature “Beauty and the Beast” arranged by Calvin Custer with “Belle,” “Gaston” and “Be Our Guest.”Also, “Show Boat” arranged by Robert Russell Bennett with the song “Ol’ Man River,” among others, will be featured.

“Crown of Life” is an overture written by J. Gus Davis, who was from Brazil and was a former director of the Brazil Concert Band. He is the father of Johnnie “Scat” Davis of Hollywood fame.

From the pen of Karl L. King will come “Enchanted Night.”

The band will also perform “March of the Women Marines,” written during World War II by Louis Saverino of the U.S. Marine Band. Other marches will include “Band of America” by Paul LaValle, “The Southerner” by Russell Alexander, “His Honor” by Henry Fillmore and “Foshay Tower (Washington Memorial)” by John Philip Sousa.

The concession stand will be run by the VFW Ladies Auxiliary with a chicken noodle dinner.

The Brazil Concert Band will perform every Sunday evening in July and August.