If you ever tried to paint a picture of a politician or called Central Casting to secure someone for the role, Joe Kernan would never be your guy. 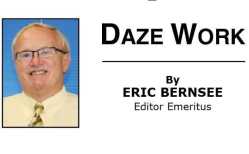 Small in stature with a receding hairline, bushy eyebrows and a distinctive Chicago accent, Kernan nonetheless ascended to Indiana’s top spot as governor 2003-05. And when word came Wednesday morning that he had passed away at 74, I felt both sad and relieved, for Kernan had been battling Alzheimer’s in recent years, and we all know there is never a winner in that battle.

But his passing reminded me just how human a Hoosier politician can be at heart, as I remembered the experience my daughter had with Kernan and another of my own.

Daughter Nicole was a friend of Jenny Hutchings when they were in middle school and twice went with her on spring break trips to Ft. Myers, Fla., with Bob and Gwen Hutchings.

On one of those, the girls found themselves bored of the adult conversation lingering over dinner and asked if they could move on down the road to a nearby attraction.

Hutchings, who at the time was PSI Energy’s economic development guy as well as chairman of the Greencastle Development Commission, said sure, but before they could go they had to go say hello to the rather unimposing middle-aged fellow a couple tables away on the patio.

“I didn’t know who he was,” Nicole admitted Wednesday when I called to refresh myself on the story details. “He was real nice. I didn’t get that slimy politician vibe from him.”

But not only was Kernan incredibly courteous to two innocuous teenagers who had interrupted his dinner but he got their names and later sent a personally autographed official state photo that then seemed so out of place on Nicole’s bedroom wall with posters of the New Kids on the Block and other teen idols of the time.

Meanwhile, on the first of my two trips to Japan, representing your favorite newspaper among a Putnam County contingent visiting for economic development purposes, we joined state officials for the leg of the bus tour that went from Tokyo to the Toyota plant at Nagoya by way of Yokohama. 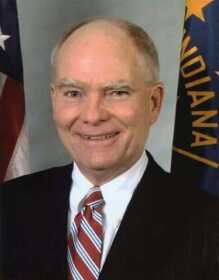 As the only media member of the tour, I liked to ride up front and acknowledge the dignitaries as they made their way to the back of the bus. It was then, while I was daydreaming, pondering what I might write about, when I heard someone ask, “This seat taken?”

It was Joe Kernan, making his first sojourn to the Far East as Indiana’s lieutenant governor. “No, sir, it’s all yours,” I remember offering.

Now in my profession, a brush with celebrity, even a one-on-one brush, is nothing new. After all, I had ridden back from Indianapolis alone in the back of not-yet-mayor Gerald Warren’s car with former British Prime Minister Sir Harold Wilson, and one time sat right next to Apollo 13 astronaut hero James Lovell during lunch at the DePauw Terrace Room and another time perched across from author Shere Hite of “The Hite Report” fame in the DePauw Union Building lobby as she talked openly and loudly about some very intimate ideas during an interview.

But there I was with alone with the lieutenant governor. No rude TV folks to stick their microphone into the middle of your interview. No other newspaper scribes to toss loaded questions. Just Joe and me.

We rolled along toward Toyota, I wanted to ask Kernan how he felt about returning to that part of the world where he ended up as a prisoner of war for 11 months after the Navy pilot was shot down on a reconnaissance mission over North Vietnam in May 1972. Of more relevance, I pondered asking the former South Bend mayor his impressions of the trade mission thus far.

What I finally blurted out, however, was, “So I hear you’re a big White Sox fan.”

Well, that got him rolling. He told me his favorite player was Nellie Fox, the diminutive second baseman who was one of my heroes growing up as well. Kernan played second base well enough to walk on for the Notre Dame baseball team.

We shared stories about Minnie Minoso, Billy Pierce and the Go-Go Sox who went to the World Series in 1959 as the trip seemed to go by in an instant. Never did talk politics. I love that in a politician.

You know, I’m not sure I can say I ever voted for Joe Kernan. Possibly I may have in voting for Gov. Frank O’Bannon from whom he inherited the governor’s role in 2003 after O’Bannon passed away on a trip to Chicago.

But I always admired Kernan. As Lou Grant once so famously told Mary Tyler Moore as Mary Richards, he had spunk.

And unlike Lou, I love spunk.

R.I.P., Joe Kernan. Thanks for being you.