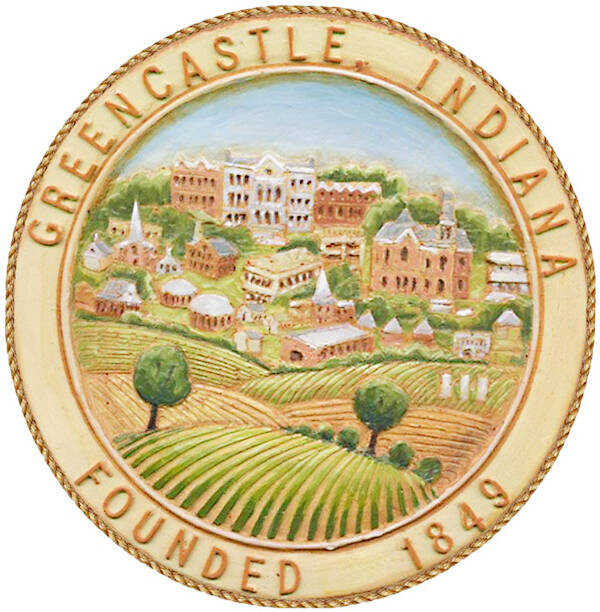 A neighborhood park on the old Jones School property?

Those are just some of the suggestions within the city’s proposed Redevelopment Plan.

Mayor Bill Dory stressed that the list he provided to the Greencastle Redevelopment Commission at its July meeting “is a first draft of potential projects to start the discussion among the RDC members and the City Council.”

All proposed projects must follow state law for inclusion in the plan and for implementation, he added.

Projects will be reviewed with the City Council at an upcoming joint meeting, possibly in August. The approval process will allow for several points of public participation and comment.

Proposed projects may be removed or added to the plan, while potential projects included in the plan can be completed through 2040, Dory said, alluding to the final year for control of TIF (tax increment financing) funds generated by the TIF district.

The Jones School playground possibility, while not a new idea, is back in play after the Milestone Ventures bid to turn the old school into senior citizen housing failed and the county has not renewed its commitment with the developers.

City officials, Dory said, would like to take about an acre or less and make a neighborhood park on the city’s West Side.

“It’s kind of a dream item,” the mayor told the RDC.

Projects in the plan are broken into three areas -- those being worked on now; projects that have been talked about at lest a little bit, some with the likelihood of completion over the next couple of year;, and new projects to be added to the plan.

“This is an initial draft,” Dory said, “a laundry list of activities we may want to consider. I’m sure in another three or four years the plan will be amended again.”

Projects under way and/or committed to by the Redevelopment Commission:

-- Construction of Calbert Way and related infrastructure (under construction).

-- Zinc Mill Road improvements (under construction - INDOT grant in place for the project).

-- Locust Street improvements (under design - INDOT grant in place for the project).

-- Downtown parking lot at the northeast corner of Indiana and Columbia streets (under design).

-- GMS driveway improvement (under design; intended to be included in 2020 sidewalk projects).

-- 2020 payment for Ballard farm acquisition (final payment made in January).

-- Construction of a frontage road for commercial sites at the Ballard farm property.

-- Local match for Jackson and Washington water line. Commitment has been shared with INDOT.

-- Extension of Fawnview Drive north to Albin Pond Road. Proposed as part of the thoroughfare plan within the comprehensive plan.

-- Infrastructure and/or financial support for the redevelopment of Jones School.

New projects to possibly be added a part of a plan revision:

The following proposed projects listed below are located in the EDA or directly serve the EDA. The city and the commission will continue to pursue matching grant opportunities from state and federal resources and other partnerships to support the projects.

-- Financial support for the purchase of new fire trucks – two pumpers and one aerial tower -- to serve businesses located in the EDA.

-- Additional downtown parking in support of downtown mixed use and/or housing development.

-- Improvements to Big Walnut Sports Park such as additional fields, restrooms, lighting, concession stands, ADA access, sidewalks, dugouts, bleachers and other related projects to maximize use of the park and promote visitor/tourism use.

-- Improvements to Robe-Ann Park, beyond those funded by the new bond issue, following the master plan for the park.

-- Installation of decorative street lighting on North Jackson Street to be installed as part of or after the U.S. 231 reconstruction project.

-- Infrastructure in support of the EDA that could also support housing development in or adjacent to the EDA so as to support a local workforce for employers in the EDA.

-- Construction of a childcare center on the community center campus to help serve the employees/families of major employers located in the EDA.

-- Extension of Zinc Mill Road south to U.S. 231 (coming out near Peace Lutheran Church) to open new acreage for housing development while providing alternative transportation access routes to serve the EDA. The extension is proposed as part of the thoroughfare plan within the comprehensive plan.

-- Financial support for construction of a new Area 30 Career Center on the community center campus, including an adult training center to support major employers in the EDA.

-- Financial support of partnership projects with Greencastle Community Schools to encourage students to pursue careers that could lead to jobs with employers located in the EDA.

-- Improvements to Round Barn Road from Indianapolis Road to the city limits, including storm drainage, curbs, gutters, sidewalks and other infrastructure improvements. Road is considered an important transportation connection to the EDA.

-- Installation of sidewalks on one or both sides of Jackson Street from south of Hanna Street to Sunset Drive.

-- Installation of a 12-inch water line along Calbert Way from SR 240 to CR 200 East to provide water service for industrial zoned property north of Calbert Way and to provide a redundant water loop connection between existing water lines.

-- Financial support for the installation of a larger generator at the water treatment plant in support of water service and fire protection for businesses located in the EDA.

-- Development of a neighborhood park on the site of Jones School if a portion of the site can be acquired from the county.

No action was taken on the plan, although RDC member Gary Lemon, attending via Zoom, offered, “You know my reaction. Let’s do it all and let’s do it tomorrow.”

In other business the RDC:

-- Approved a $49,708 change order for the Calbert Way extension project. Most of it, Dory said, is for additional fill needed for the burrow pit on the property, while $16,000 is for stabilization fabric for the roadway.

“So there’s not going to be a pond back there?” RDC member Gwen Morris asked in reference to the property that eventually will be home to the proposed community center.

“The big pond the Ballard family put in is still going to be back there,” Dory responded.

That pond is not located on the property the city acquired from the Ballards for the community center.

-- Heard Mayor Dory report that a potential issue exists on the Calbert Way project. There may not be a valve on the end of the waterline, he said, adding that “a little exploratory digging” is being done to see if a valve can be located.

“So despite the Covid we’re making some progress,” the mayor added.

The commission’s next regularly scheduled meeting is set for 5:30 p.m. Wednesday, Aug. 26.