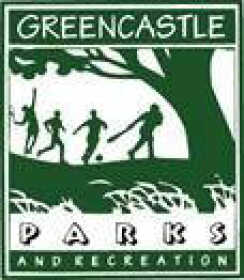 While COVID-19 has been blamed for canceling everything from the fair parade to the Greencastle Music Festival, at least one good result has come from circumstances surrounding the virus.

Greencastle Park Superintendent Rod Weinschenk told the Park Board at its August meeting that “something good has finally come from COVID-19.”

When the latest windstorm barreled through town last week, it knocked down one tree and took out a big branch of another. And neither hit anything but the ground.

That, Weinschenk reasoned, was at least partly due to fewer people being in the park thanks to COVID-19.

A maple tree fell across the west side of the pool parking lot during the Aug. 3 storm, while a big chunk of an ash tree came down just outside the Emerald Palace Playground at the north end of the park.

“It was 2:30 in the afternoon,” Weinschenk said, “and thankfully no one was there.

“Normally we would have had kids running all over the playground and people and cars exiting the pool,” he added.

That’s especially true if the pool had suspended swimming activity for an incoming storm — like was happening — and youngsters were waiting outside to be picked up.

Meanwhile, Weinschenk also had words of thanks and praise for the City Department of Public Works. He said he had expected a wood chipper and maybe someone to run it but Supt. Brad Phillips sent a full crew who cut up and disposed of the trees in a matter of minutes.

In regard to the aquatic center, Weinschenk said Phase I is nearly complete with Graves Construction having redone the concrete and installed the fiberglass pieces. A change order giving Graves an extension until the end of the month is in effect.

“Since we’re not open,” Weinschenk said, “we can encourage them to take their time completing the project.”

Weinschenk also reported that Energy Conservation Solutions is done with its interior and exterior work at the bath house.

Phase II for additional work inside and out, including renovating the bathrooms and creating a better entrance to the pool are out for bid with a Aug. 31 bid opening set. Work should start in September.

-- Approved a request from Sheila Holloway from Voices for Recovery to hold a 2-5 p.m. Sept. 19 program in the bandshell and shelterhouse No. 1. Bands and speakers offering personal testimony are scheduled along with a resource table to pass out information. Holloway expects approximately 100 people. Participants will be urged to bring lawn chairs for seating and to wear masks.

-- Approved requests from Julie Carr of A Kinetic Change to install one or two bike racks near the basketball courts in Big Walnut Sports Parks as well as to install posts and netting in the same area for grass or sand volleyball courts. Carr said the group’s first choice would be concrete courts but they are too expensive. Weinschenk noted that Robe-Ann Park used to have sand volleyball courts up near the park office but they weren’t used enough and often because a sand dumping ground for pets. He suggested they start off with grass and see how much use there is.

-- Heard Carr announce that A Kinetic Change will be holding its first golf scramble on Saturday, Aug. 22 at Clover Meadows in Cloverdale.

-- Approved use of the bandshell and shelterhouse No.. 1 for a free Ball Brothers concert sponsored by New Life Baptist Church on Saturday, Sept. 5 at 6:30 p.m.

-- Heard Weinschenk announce that future recreational programs scheduled include Chalk Up the Park for toddlers on Tuesday, Aug. 18 for a free program to decorate the soccer parking lots at the sports park and a Creative Writing Club program in the Robe-Ann Park bandshell Wednesdays, Aug. 19, 26, Sept. 2, 9, 16 and 23 with a cost of $5 per person. Also Cards of Any Kind is a program set for Thursdays, Oct. 8, 15, 22 and 29 in the bandshell.

Weinschenk was joined for the 75-minute meeting by Park Board President Tim Trigg and members Cathy Merrell, John Hennette and Joanna Muncie.

The Park Board is scheduled to next meet in regular session at 7 p.m. Thursday, Sept. 3.