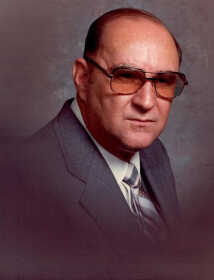 Mr. Cole proudly served his county in the United States Army during the Korean War era.

He was a member of Bethel Baptist Church, Shriners and Masonic Lodge. Billy worked for 32 years in machine repair for IBM until his retirement. He also owned Bill Cole Inc. Excavating for many years.

He was preceded in death by his parents; his wife Betty Joan (Sutherlin) Cole; a sister, Betty Jean Johnson; a brother, Bobby Cole; and a sister-in-law, Teniney Cole.

Services will be held at 11 a.m. Friday, Oct. 2 at Hopkins-Rector Funeral Home. Burial will follow in Fillmore Cemetery. Visitation will be held from 10 a.m. until time of service on Friday.