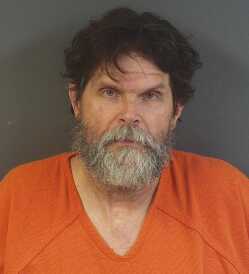 ROACHDALE -- A 59-year-old man was arrested Monday evening amidst a child pornography investigation.

While police are still uncovering details in the case, Douglas Edwards of Roachdale has been preliminarily charged with one count of possession of child pornography. He was booked into the Putnam County Jail at 8:56 p.m. Monday.

Roachdale Town Marshal Adrian Lepine initially received information from the Crawfordsville Police Department, which had recovered a hard drive with photographs believed to be child pornography.

Lepine was able to identify the owner of the hard drive as Edwards, who resides in Roachdale.

With a search warrant, Indiana State Police investigators were able to extract the evidence from the hard drive, which led to another search warrant, this one for Edwards’ Washington Street residence.

In doing so, the officers seized a number of electronic devices, including desktop and laptop computers, tablets, media cards and flash drives.

Police will now apply for another search warrant to look for any further evidence.

While the investigation is ongoing, police believe there is enough evidence for at least one formal charge against Edwards.

“We are hopeful that we will be able to get a charge of possession of child pornography through the Prosecutor’s Office,” Nally said.

The detective was also pleased with how well the two local departments worked together in executing the warrant.

“The great thing was how we were able to work with Roachdale,” Nally said. “We all worked well together and it was a smooth operation.”

The Banner Graphic will follow this case when and if more information becomes available.