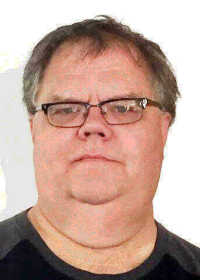 After four and a half years as your sports editor, I have started a new position this week as the editor of The Brazil Times.

The Times is a sister publication of the Banner Graphic, and both publications (along with the Greene County Daily World) are owned by Rust Communications.

I am extremely excited to start this new adventure, and I will be forever grateful to Chris Pruett, Jeanne Burris, Daryl Taylor and everyone with Rust Communications for having enough faith to take a chance on me in April of 2016 and for giving me this new opportunity.

At the time this position was offered to me, I was about 16 months removed from ending my teaching career and was languishing in a career path of uncertainty. I had taken additional graduate classes on one path, and worked to begin a subscription-based website that may or may not have succeeded in another.

There have been occasional rantings of displeasure from our readership during my time here, but not very many. I can credit that to the fact that I worked incredibly hard to make the coverage of our teams as fair as it can be.

Fortunately, I inherited at my arrival three of the most accomplished athletes to ever compete in their sport in the state of Indiana in the person of Greencastle standout runner Emma Wilson and Cloverdale basketball stars Cooper Neese and Jalen Moore.

It is much more fun and there are many more stories to tell when athletes/teams have success, and those three will always have a place in my heart.

There were obviously many, many more outstanding athletes and performances. Far too many to mention at the risk of leaving anyone out.

I have witnessed several young coaches join our schools and begin what appears to be lengthy and successful careers.

I can honestly say, with the exception of one who is no longer in Putnam County, that I didn’t have problems with any of our other coaches. They not only work hard to prepare their teams and educate their players on both their sport and on life, but they also spend a lot of time working to get information to the media for contests unable to be covered.

I am positive that part of their job does not rate very high on a list of their many tasks in terms of being their favorite, but they all do it any way to get their kids as much publicity as possible.

Trent Scott is my replacement, and I am confident he will continue the successes we have had over the past several years.

Without bragging, I can honestly say I have left my job in a better position than when I inherited it — and that’s all any employee can do in any field.

Trent is fortunate to have long-time correspondent Gary Hazlett and newcomer Todd Stevens to help him cover as many of the other contests which he is unable to attend.

Gary was especially helpful during my recent bout with COVID-19, and stepped in to cover some important county tournaments and has gone anywhere I have ever asked him — no matter the quality of the matchup. Todd has just come on board, but has been a great asset in a short time and will also be a great contributor to the Banner Graphic sports.

And, you haven’t seen the last of me.

I will be posting the columns I write at Brazil as blogs on the Banner Graphic website, as well as anything else I write that people may find interesting. I know everyone doesn’t like everything I do, but from comments I have received I know there is a group which does.

I will also be covering some games for The Times, which has one sports editor and two high schools. I will try to cover as many games between Clay and Putnam County teams as possible to see some familiar faces on nights when Adler Ingalsbe will be at the other school’s events.

It’s been a great experience to be here, although a 20-mile round trip to work is much more appealing than 90.

So, until we meet again, I’d like to wish all of Putnam County’s athletes and teams the best of luck this year and beyond.