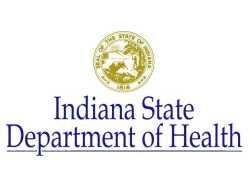 With 30 new cases over the last seven days, Putnam County has reported 695 cases of COVID-19 since mid-March.

The Indiana State Department of Health released the latest information Monday afternoon, showing the number of cases through Sunday.

The county has reported no new deaths in the pandemic since Oct. 7, following a period in which the county had seven deaths in a 22-day period.

The seven-day positivity rate in the county is 5.4 percent.

Elsewhere, there have been no new cases reportedly recently at either Putnamville Correctional Facility or any local schools, which just returned from fall break on Monday.

DePauw University currently has one active case on campus, according to information released by the school, while three people are in quarantine for possible exposure.

This brings the cumulative number of positives on campus to 20.