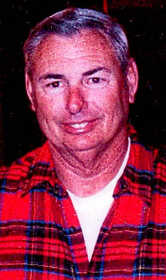 Jack “Obie” O’Brien, master mechanic and heavy equipment operator and repairman, master of all things heavy equipment and tractors, lost his battle with kidney disease on Oct. 30, 2020 and has moved on to the other side to be with his loved ones who have gone before.

He was born Jack Fredrick O’Brien on May 8, 1945 in Binghamton, N.Y. He was the third child of six but the oldest boy. His parents were Francis P. O’Brien and Barbara C. (Pope) O’Brien.

Jack moved to Indiana when his father was transferred to the then new IBM plant. He was a 1966 graduate of Greencastle High School.

Shortly after graduation Jack was drafted into the U.S. Army. After boot camp he demonstrated an amazing aptitude for repairing and diagnosing problems with heavy equipment. This gift gave him a ticket to Vietnam. Jack was sent to the front line as a member of The Fighting Engineers, The Wooly Bullies Unit 584. He served 1968-69. During his tour of duty he was stationed at Pleiku mining stone and building roads. When his tour ended he left the unit to be processed out and return to the States.

Before he arrived home his unit was over run and the media had reported NO survivors. His mom and dad spent 10 days believing Jack was dead. He arrived stateside not knowing his unit had been wiped out.

Jack continued the career he had started in the army. He went to work for the O & I Stone Quarry, which became France Stone and later Hanson Aggregates. His career as a rotary drill operator spanned almost 40 years. Because of complications from open heart surgery he retired.

While he was working in the stone quarry he also farmed a number of acres of ground and could been seen in the fields day and night gett’ner done Farmer Jack was one of the many hats he wore.

In the early 1980s he opened a welding shop, Jack O’Brien’s Welding. For a time he also operated a snow removal business. Although his health continued to decline he was the happiest when working and puttering with his own heavy equipment and farm tractors

Through the years he was a stalwart life member and supporter of Cassell C. Tucker, American Legion Post 58. Jack could be seen helping put up the Legionburger tent at the fairgrounds before the permanent building was erected. He worked in the fair stand during fair week until his health would not permit. Jack served as an officer in the club, serving as commander for six different years and also at different times he served in whatever office needed to be filled. He was on most work and repair details and was known to take vacation time to help with activities whatever they may be. Jack was also a life member of the VFW.

People were important to Jack especially kids. In 1988 he took on the role of foster parent, which he fulfilled for 30 years. He hung up this hat in 2018.

Jack was proceeded in death by his parents, sister Nancy McMains and brother Bill O’Brien.

If you have a story of Jack’s adventures and you are willing to share, the family would love to hear it. Instead of flowers please donate to the Kidney Foundation, cancer research, veterans programs or your favorite charity. Funeral services will be held at 6 p.m. on Friday, Nov. 6 with military honors at the Bittles and Hurt Funeral Home.

The family will receive friends from 4 p.m. on Friday until time of service at the funeral home.