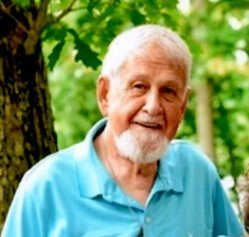 He attended grade school at St. Joan of Arc in Indianapolis then moved to a farm in Blackhawk, Ind., with his family. Bob graduated from Blackhawk High School in 1954, joined the U.S. Air Force and was stationed in England.

After returning, he started working for Coca-Cola in Terre Haute and worked his way up to sales manager.

Bob began working for the Vendo Company out of Fresno, Calif., in 1978 and was consistently their number-one salesman until he retired in 2002. Not one to be idle, he started selling real estate for Setty’s Real Estate in Cloverdale before moving to American Realty and eventually retiring from Coldwell Banker in Greencastle.

Bob and Debi traveled extensively, both abroad and to every state in the U.S., owned a home for many years in Cape Coral, Fla., and wintered in Florida until last year. He enjoyed flea markets and garage sales but mostly loved being with family.

Bob attended St. Paul the Apostle Catholic Church in Greencastle, a member of the Knights of Columbus, and was a devout Catholic.

Private family services will be held with concern for family and friends during this time of COVID-19.

Memorials may be made in memory of Bob to the donor’s favorite charity.

Please share condolences and memories with the family c/o www.BittlesandHurt.com.