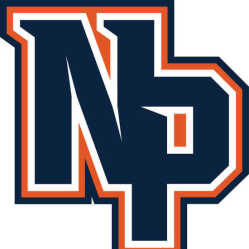 North Putnam’s swimming and diving teams opened the season with Tri-West Monday night, falling to the Bruins 95-73 in the boys’ meet and 103-52 in the girls’ meet.

“Cougars had a great opening night in the water,” head coach Julie Ann Elmore said. “Although numbers were low due to COVID challenges our boys’ and girls’ teams had great races and I am very happy with where we are starting the season.

“Many of our swimmers started the season off with times close to where they finished last season and we even saw 4 times that were PRs. Carter Thomas PRd in both his 200 IM and 100 fly races, dropping seven seconds from his IM PR and six seconds from his fly PR, both from sectionals last year.

“Ethan Harrison also swam a PR taking two seconds off his sectional time in the 100 breaststroke,” Elmore added. “They are both sophomores and I am so excited to see what they can do throughout their high school careers.

“We saw Justin Thomas dive for the first time and we are thankful to have him in that event. Freshman Cheyanne Dunigan also set a PR by dropping six seconds off her 100 free time.”

North Putnam has postponed its first three boys’ basketball games due to COVID concerns, affecting Wednesday night’s game against Southmont as well as the games against South Putnam and Edgewood. The Cougar boys will now play the Mustangs Jan. 2 and the Eagles Jan. 26.

In addition, the postponed Greencastle-Brown County girls’ from Nov. 14 will now be played Friday, Jan. 15 at Brown County with JV tipping off at 6 p.m.