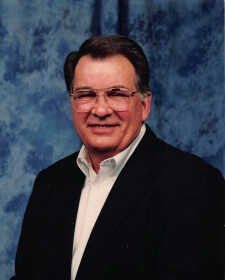 William R. Hightshoe, 77, Brazil, passed away Saturday, Dec. 5, 2020 at Exceptional Living Center in Brazil after a battle with cancer.

He was born in Robinson, Ill., in November of 1943, the son of the late Clifford and Ella Hightshoe.

He attended Robinson High School, and was a 58-year member of Plumbers and Steamfitters Local 157.

In 1962, he entered the apprenticeship program for Plumbers and Steamfitters Local 157, and completed in 1967. Bill was determined to help his trade and his union be the best it can possibly be. He became involved in union activities and programs, and in 1971 was elected to a position on the Local 157 Executive Board. In 1983, he was appointed as a local union field representative. Bill held that position until 1992 when he was appointed as the Local 157’s financial secretary/treasurer.

In addition to his duties as secretary/treasurer, he was named by both Indiana Governors Bayh and O’Bannon to be the labor representative on the wage-setting committee for all government construction projects in an 11-county area.

In addition to his service to the union, Bill served as the secretary/treasurer of the Lincoln Land Building and Construction Trades Council and as recording secretary for the Wabash Valley Building and Construction Trades. He was a trustee for the Union-Management Joint Apprenticeship Committee, vice president of the Piping Industry News, co-chairman of the union’s annual membership picnic, co-chairman of the annual Terre Haute Labor Day Parade and was awarded the State of Indiana Council of the Sagamores of the Wabash.

When he wasn’t working, Bill loved to fish and was the undisputed, number one, catfish cooker in the Indiana/Illinois area. He also enjoyed listening to instrumental music, especially bluegrass.

He was preceded in death by his sisters Peggy, Pat, and Phyllis, as well as a brother, Jack Hightshoe.

His honesty, dedication and commitment to working people earned him the respect and friendship of leaders in organized labor, business, industry and government at the local, state and national level.

Moore Funeral Home in Brazil was entrusted with Bill’s cremation arrangements. In lieu of flowers, the family requests that you follow Bill’s generous example of helping someone in need.