Former correctional officer turns self in to authorites 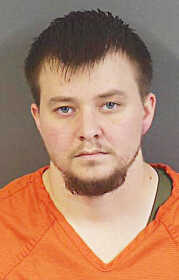 However, police were unable to serve the arrest warrant, with Putnamville Correctional Facility announcing Friday that White was considered a fugitive.

White’s charges are related to an alleged incident of trafficking from early November. The investigation is ongoing.

White has hired Indianapolis attorney Marcelino Lopez to represent him in the case.

If convicted of all three counts, White could face as much as 14.5 years in prison.