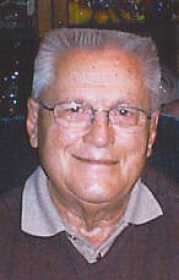 Norman was a 1946 graduate of Michigan City Elston High School and graduated from DePauw University in 1952.

After graduating from DePauw University, Norman co-founded Hammond and Hammer Public Accountants. He retired from Greggs and Reid CPAs.

Norman enjoyed golfing with the Rinky Dinks, IU basketball and the Chicago Cubs. He was a member of the Sullivan First Baptist Church and the Sullivan Elks #911.

He was preceded in death by his parents and his brother Allan Hammer.

A celebration of life will be held at a later date.

In lieu of flowers, memorial contributions can be made to the Rinky Dinks c/o Sullivan Elks.