BARNARD — Closed for nearly two years, a bridge on the Hendricks County line in Jackson Township was reopened to traffic Friday.

Bridge 45, which carries traffic on County Road 900 East over Big Walnut Creek, was repaired by Wrought Iron Bridgeworks of Delphi, which submitted a bid of $82,000 on repairs to the 106-year-old structure.

That price tag brought a sigh of relief from county officials, who were originally told the combined cost of repairing Bridge 45 and Bridge 71 in Floyd Township, closed at the same time in March 2019, could be $1.5 million or more. 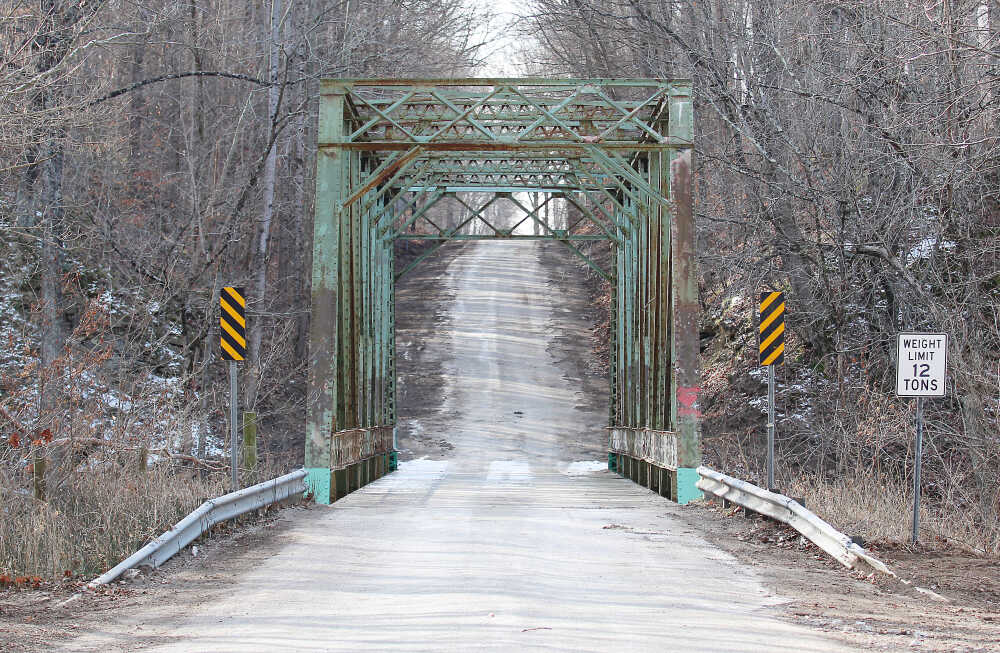 Closed since March 2019, Bridge 45 on the Hendricks County line in Jackson Township was reopened to traffic on Friday.
Banner Graphic/JARED JERNAGAN

Bridge 71 remains closed, due to lower traffic on the road and a more advanced state of disrepair. Prior to its closure, Bridge 71 had only a three-ton rating.

Bridge 45 on the other hand, had a rating of 12 tons prior to closure, which remains in place after reopening.

Built in 1915, Bridge 45 sees a significant amount of traffic when opened, as 900 East is a north-south route between State Road 236, about a mile north of the bridge, and U.S. 36, nearly five miles to the south.

Although the road and bridge sit on the Hendricks County line, their maintenance is the responsibility of Putnam County, as counties are responsible for roads on their eastern and southern borders.