State Police to crack down on distracted, impaired driving 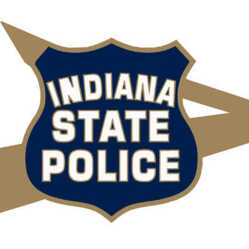 PUTNAMVILLE -- Troopers will be cracking down on dangerous and impaired driving as part of a statewide enforcement campaign during March, the Putnamville Post of the Indiana State Police has announced.

Through March 21, troopers will be conducting high-visibility patrols, showing zero tolerance for those driving aggressively, over the speed limit or under the influence.

Despite fewer drivers being on Hoosier roads, 2020 was the third highest year for traffic fatalities (850) in the past decade, the Indiana Criminal Justice Institute reported.

“We’re seeing an uptick in dangerous driving during the pandemic, and it’s very concerning,” ICJI Executive Director Devon McDonald said. “That’s why we’re pulling out all the stops this March to reverse that trend and encourage safe driving behavior. Preventing loss of life is our top priority.”

Dangerous driving also includes such factors as speeding, tailgating and disregarding a traffic signal – all of which are against the law in Indiana.

Additionally, it is illegal to drive with a blood alcohol concentration (BAC) of .08 percent or higher. Drivers younger than 21, with a BAC of .02 or higher, are subject to fines and a license suspension for up to one year.

• Put down the phone and avoid distracted driving.

• Do not tailgate or drive aggressively.

• Never drive impaired. If you plan on drinking, plan for a safe, sober ride home.

• If you are hosting a party, always offer alcohol-free beverages and make sure all of your guests leave with a sober driver or allow them to spend the night.

• Remember, “Friends Don’t Let Friends Drive Drunk.”  Take the keys and never let a friend leave your sight if you think that they are about to drive while impaired.

• Buckle up – every trip, every time.