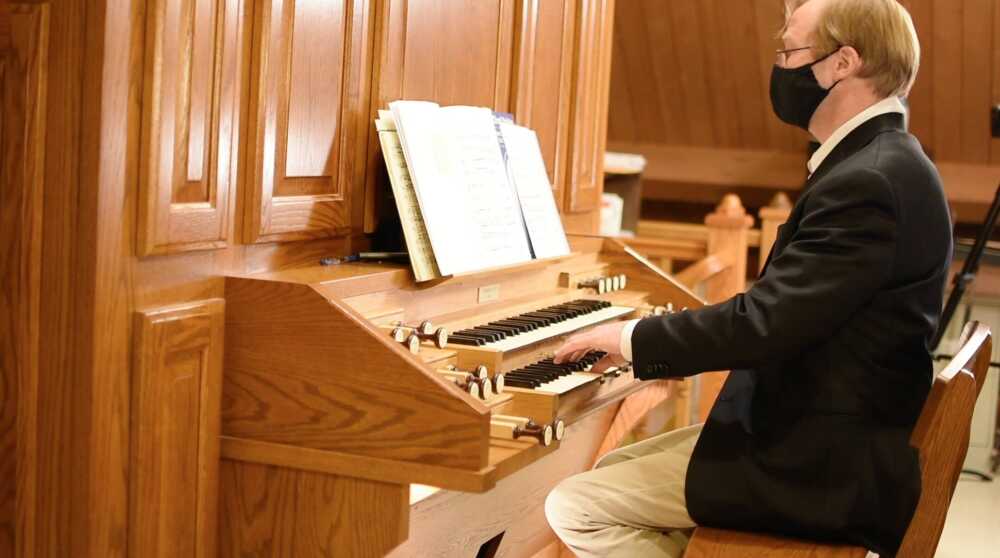 The high-definition video and audio concert, filmed and edited by Bryan Langdoc, includes music from the 17th, 18th, and 20th centuries, composed by Sweelinck, Nicolai, Bach, Vierne, and Demessieux. A full written program with work titles and organ specifications can be downloaded at http://program20.gvmf.live.

The pre-recorded 45-minute concert goes "live" at 7:30pm ET Wednesday and can be heard and seen:

· in a watch party with post-concert discussion hosted by Eric Edberg at http://watch.gvmf.live

All previous weekly programs are available at http://playlist.gvmf.live, including last week’s performance by Hubby Jenkins, who performed a wide range of songs from the African American folk tradition while accompanying himself on the banjo and offering historical insights.

The Greencastle Virtual Music Festival programs are made possible by the Greencastle Summer Music Festival family of donors and the GSMF endowment at the Putnam County Community Foundation, the Putnam County Convention and Visitors Bureau, the DePauw Performing Arts Series, the Inn at DePauw, the people of Gobin Church, and in partnership with the Sunny Side concert series.

Contributions, which provide income for musicians impacted by the pandemic shutdown of live performances, can be made at greencastlemusic.org/donate.