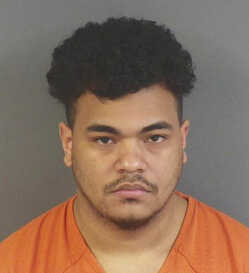 A former Greencastle man has entered a not-guilty plea to charges related to the 2020 death of a Greencastle 18-year-old.

The charges stem from the June 19, 2020 shooting death of Hailey Whitis of Greencastle.

Police were dispatched to a residence on Kentwood Drive in Greencastle the night of the shooting, finding Whitis already deceased from a gunshot wound to the chest.

According to court records, Harvey told investigators Whitis had been playing with his rifle and at some point had loaded it and shot herself.

Based on the autopsy and forensic testing, investigators do not believe this to have been the case.

Bridges set Harvey’s bond at $50,000, cash only, and appointed Jim Hanner as his public defender.

A pre-trial conference was set for May 4 in Putnam Superior Court.