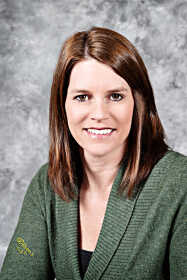 When Jill Bridgewater joined the Putnam County Council six years ago, she was following in a path set forth by both her late mother and her brother.

Both Nancy Fogle and Jay Fogle served multiple terms on the Putnam County Council, and Bridgewater followed right in those footsteps, first winning the District 2 seat in 2014 and then again in 2018.

After six years, though, Bridgewater’s path is taking her elsewhere, and she is stepping down as of the end of March.

In publicly announcing her resignation during Tuesday’s council meeting, Bridgewater explained that she has new job responsibilities that will take her away from Greencastle.

“It’s been so fun. I’ve learned so much,” Bridgewater said.

It will fall to the Putnam County Republican Party to fill the nearly two remaining years of Bridgewater’s term.

GOP Chairman Beau Baird told the Banner Graphic the party has 30 days from Bridgewater’s effective resignation date (March 31) to hold a caucus and fill the term.

Baird said that by law, the caucus must be announced 10 days in advance. No date or time has currently been set.

Those interested may go to the Putnam County Voter Registration Office on the second floor of the courthouse to pick up a CEB-5 form, which is a declaration of candidacy for a vacant local office.

The form is also available on the Indiana Secretary of State website at www.in.gov/sos/elections/election-administrators-portal/election-forms/.

Once completed, the candidate forms should be mailed to Republican Party Chairman Beau Baird, P.O. Box 202, Greencastle, In 46135.

All forms must be received by the county chairman — not mailed, but received — at least 72 hours in advance of the caucus.

Any potential candidate seeking more information about which precinct he or she resides in may contact Voter Registration Clerk Stacia Hathaway at 655-1538 or voterregistration.putnam@airhop.com.