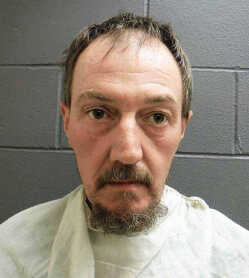 The suspect in the shooting, Terry L. Gibson, 44, Indianapolis, was taken into custody by the Indiana State Police SWAT team shortly after 3 p.m. Sunday. He was booked in the Clay County Justice Center.

Officials confirmed that Gibson acted suspiciously when he visited Williams at a pole barn on the property.

The female attempted to contact Williams, but when she could not locate him, she fled the home on a UTV and called 911.

Investigators later discovered Williams, who had been shot several times, in the pole barn. Although deputies attempted life-saving measures, Williams succumbed to his injuries.

The residence was secured, and members of the Clay County Sheriff’s Department began an investigation. Indiana State Police was requested to assist, and the SWAT team took Gibson into custody without incident at an Indianapolis residence.

The Clay County Prosecutor’s Office is expected to file formal charges this week.

Williams was the younger brother of Molly Williams, the 2002 South Putnam graduate who died suddenly in 2005 while training for her senior basketball season at Limestone College in South Carolina.