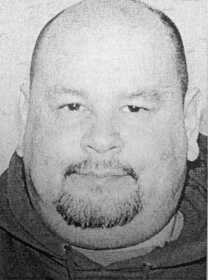 A Greencastle man is currently wanted on charges that he attempted to rape a developmentally disabled teen last October.

Jason F. Beelby, 45, Greencastle, is charged with Level 3 felony attempted rape when the victim is mentally disabled or deficient.

On Oct. 3, 2020, the Putnam County Sheriff’s Department responded to a domestic disturbance in the Portland Mills, stemming from an alleged witnessed molestation.

The reporting party told Detective Matthew Biggs that she observed Beelby, her boyfriend, engaging in what appeared to be sexual intercourse with an autistic relative.

A sexual assault kit was conducted on the victim and DNA was collected from Beelby. However, the Indiana State Police Crime Lab determined only that male DNA was found on the sexual assault kit. The amount was so small that it could not be compared to Beelby’s DNA.

Biggs and Putnam County Prosecutor’s Office Investigator Kari Plessinger interviewed the victim, who told them that Beelby had, “touched me in my private area.”

In the probable cause affidavit, Biggs stated his belief, backed up through school and medical records, that the victim, “does not possess the mental capacity to give consent to sexual intercourse.”

On Wednesday, a warrant was issued for the arrest of Beelby, who may have fled the state.

A Level 3 felony is punishable by 3-16 years in prison.