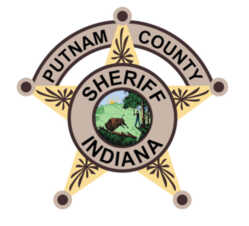 An Illinois man has been charged with two felonies over allegations that he molested a then 10-year-old girl in 2015.

Detective Capt. Doug Nally of the Putnam County Sheriff’s Department began his investigation in early February after being notified that a teen remembered being molested six or seven years ago, when she would have been 9 or 10 years old.

During an interview with Nally and a forensic interviewer, the victim said that around Christmas of that year, her older sister and her boyfriend, identified only as Anthony, stayed at the family home in Russellville.

She said that during the night, she woke up feeling like someone was towering over her top bunk bed. She said she was woken up by the person touching her chest area and privates.

The victim said that in the morning she told everyone she felt someone touching her the night before, but it was played it off and joked as if she was seeing ghosts.

Through research, Nally was able to identify Sanders’s last name as Anthony and determined that he was living in Oakwood, Ill.

Nally and Detective Matthew Biggs traveled to the Illinois town and conducted an interview with Sanders.

Sanders, who Nally reported was visibly shaking at one point during the interview, said he remembered going to the house with his girlfriend at the time and that it was likely Christmas of 2015. At the time, Sanders would have been 19 and the victim 10.

He said he slept in a room with his girlfriend and it had bunk beds.

While Sanders initially denied touching the girl, he later told Nally that something may have happened, as he sometimes “does weird things” to his fiancée while sleeping.

He said he remembered waking up and “being weirded out” by what he was doing, having gone to bed cuddling his girlfriend before waking up cuddling someone smaller.

Sanders further told deputies he did not say anything because he was “trying not to freak out” and didn’t know what to say.