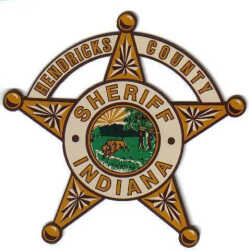 NEW WINCHESTER — A Bainbridge woman died in a three-vehicle crash at the intersection of U.S. 35 and State Road 75 Tuesday afternoon.

According to the Hendricks County Sheriff’s Office, shortly after 1 p.m. 47-year-old Jennifer (McFadden) Backus was stopped in a Ford pickup in the northbound lane of State Road 75 at the stop sign at U.S. 36.

The deputy reported that, for an unknown reason, Backus then proceeded northbound into the intersection, into the path of an eastbound Peterbilt semi tractor and trailer.

The semi driver was unable toavoid striking the pickup Backus was driving. Following impact, momentum carried both vehicles further east, where the collided with the front of a tri-axle dump truck that was stopped in the westbound lane of U.S. 36.

Deputies were called to the scene at 1:18 p.m. and resonded to find Backus already deceased at the scene.

No other injuries were reported.

Drugs and alcohol are not suspected to be a factor in this collision, and reconstructionists from the Hendricks County Sheriff’s Office are continuing to investigate.

Comments
View 2 comments
Note: The nature of the Internet makes it impractical for our staff to review every comment. Please note that those who post comments on this website may do so using a screen name, which may or may not reflect a website user's actual name. Readers should be careful not to assign comments to real people who may have names similar to screen names. Refrain from obscenity in your comments, and to keep discussions civil, don't say anything in a way your grandmother would be ashamed to read.