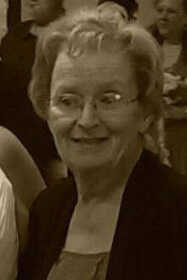 She was born July 10, 1951 in Greencastle to the late James Terry Jr. and Violet (Scott) Farmer.

She was a 1969 graduate of Fillmore High School, but attended most of her schooling in Cloverdale.

She was a housekeeper for nearly 30 years for DePauw University.

She is survived by her children, Tricia Branham-Gibson and husband Francis of Greencastle and Brad Hanlon of Greencastle; grandchildren Bryce Gibson, Landon Gibson, Madeline Gibson, Charles Branham Jr. and Robert Branham and wife Jasmine; great-grandchildren Aubrey, Lacey, Emma and one on the way; and siblings Richard Terry and wife Helen of Martinsville and Judy Roberts of Oklahoma.

In addition to her husband and parents, she was preceded in death by her son, Charles Branham.

Funeral services for Patricia will be held March 31 at 1 p.m. at Whitaker Funeral Home, Cloverdale. Visitation will be held from 11 a.m. until service time. Burial will follow in the New Providence Cemetery.

Condolences may be made at www.whitakerfuneralhome.net.