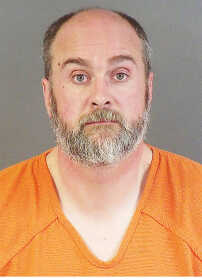 Having spent less than six months on the job, the former director of the Putnam County Youth Development Commission now stands accused of taking funds from the local non-profit.

Bob Tomaw was booked in the Putnam County Jail on Sunday on charges of Level 6 felony theft and Class A misdemeanor attempted theft.

The 43-year-old Greencastle man had already been charged with both crimes in Putnam Circuit Court when Prosecutor Tim Bookwalter filed charges on Tuesday, March 23.

Tomaw, who took over for the retiring Linda Merkel as director last July, is accused of having stolen more than $3,000 in PCYDC funds between Sept. 1 and Dec. 16.

According to the investigation by Det. Michael Featherling of the Indiana State Police, on Dec. 11 a PCYDC employee was looking for receipts, deposit slips and checks that were supposed to be in the downtown Greencastle office. When the employee checked the top drawer of Tomaw’s desk, she found an ATM withdrawal slip for $300.

Closing the drawer and leaving the receipt, the employee then sent Tomaw an email asking if he had any receipts, deposit slips or other documentation to turn in. He said he would take care of it during the weekend.

However, court records note that when the other employees returned to work, Tomaw’s desk was cleaned out.

At this point, the employee notified both PCYDC Board President Sherry Cash and CASA Director Patti Harmless of the suspicion.

The total amount of money believed missing is $3,348.81, though Featherling noted the amount could be larger.

Featherling interviewed Tomaw on March 19, at which time the detective said he admitted to stealing “a large sum of money.” He estimated the total missing money to be somewhere between $1,500 and $2,500.

At this time, the detective said, Tomaw also admitted that he had a $100 check made out to Coats for Kids (PCYDC) that he tried to deposit in his personal bank account. The check was later returned due to insufficient funds.

Tomaw’s initial hearing in Putnam Circuit Court has been set for April 14.

With the investigation ongoing since December, Merkel was called out of retirement to serve as acting director of the PCYDC.