Hero of recent fire honored for his efforts 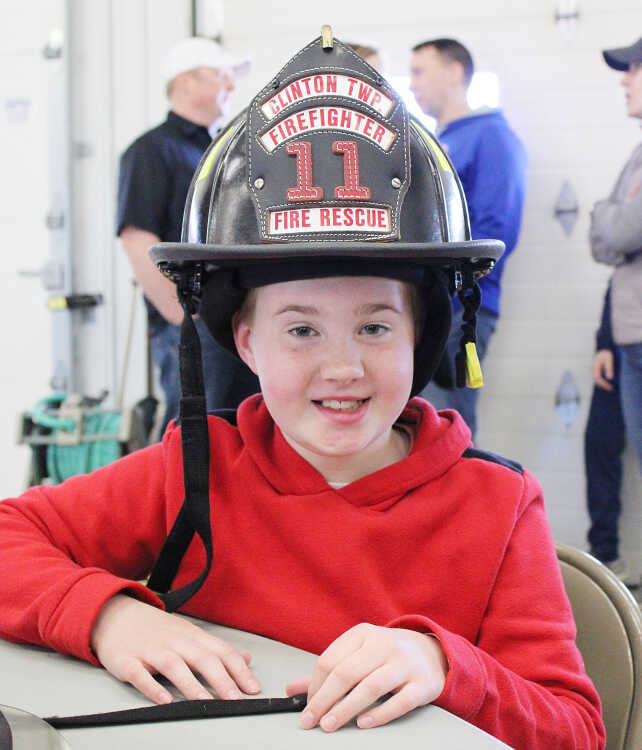 The hero of a recent fire at Van Bibber lake, Xander Deal proudly wears the fire helmet given to him by the Clinton Township Fire Department. The 10-year-old helped his 92-year-old great-grandmother from the house before exiting.
Banner Graphic/JARED JERNAGAN

BAINBRIDGE — There wasn’t much time to spare on the morning of March 15 at the Van Bibber Lake home of Sue Pate and her mother Sarah Love.

Fortunately, with a fire quickly spreading in the home, Xander Deal didn’t ask many questions.

At that point, 10-year-old Xander simply did what was needed.

“He has difficulty sometimes with multiple tasks but he just followed along and did everything without question,” Pate said.

As a child with Aspberger’s syndrome, Xander’s struggles with multiple tasks are to be expected. However, Grandma also wasn’t exactly surprised at the heroic behavior that followed.

Asked if she would expect such poise from a child in an emergency, Pate responded, “From that one? Yes.”

After getting his shoes on, Xander stopped at the room of his 92-year-old great-grandma Sarah, woke her up and accompanied her out of the house.

He then stood at the end of the driveway, trying to direct Pate as she backed the car away from the house, then followed the instructions to go wait at the neighbor’s house until further help arrived.

For his efforts under duress, Xander was honored Saturday by both the Walnut Creek Fire Protection District and the Putnam County Sheriff’s Office.

“Today we recognize a young gentleman that went above and beyond his challenges in life,” Bainbridge Fire Chief Kevin Thorson said. “On a day that most would have broken down, he did what his grandmother told him to do during the beginning of a fire that consumed her and her mother’s house.”

Thorson presented Xander a plaque “In Recognition of Your Bravery and Heroism” on behalf of the Clinton Township and Bainbridge Community Fire Departments, the two parts of the Walnut Creek district. 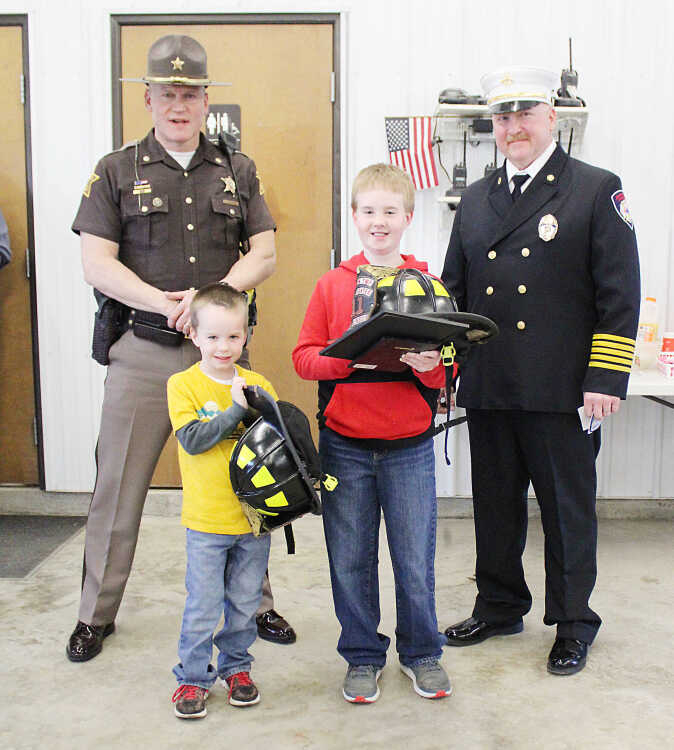 Likewise, Maj. Dwight Simmons presented a “Certificate of Heroism” from the sheriff’s office.

First responders from a number of other agencies were also on hand, offering their own congratulations to the young man.

Xander is the son of Sara and Josh Deal, who is a sheriff’s deputy.

For Xander’s efforts, he and brother Ethan were also each presented with a Clinton Township fire helmet.

In presenting the awards, Thorson noted the attention that Xander paid during Fire Prevention Week at Bainbridge Elementary School.

“He was always the first one with answers to the questions I would ask,” Thorson said.

Xander has also been hearing these lessons at home.

“It’s one of those things you hope to never experience as a parent or a kid,” Josh Deal said. “But as a parent, you try to instill what to do in an emergency situation and hope he listens. And he listened. I’m proud of him.

“If he hadn’t done what he did, his grandma might have been left in that house.”

That’s something Pate keeps in mind, even as she knows that her house was lost in the fire.

“The house is a total loss but no lives were lost,” Pate said. 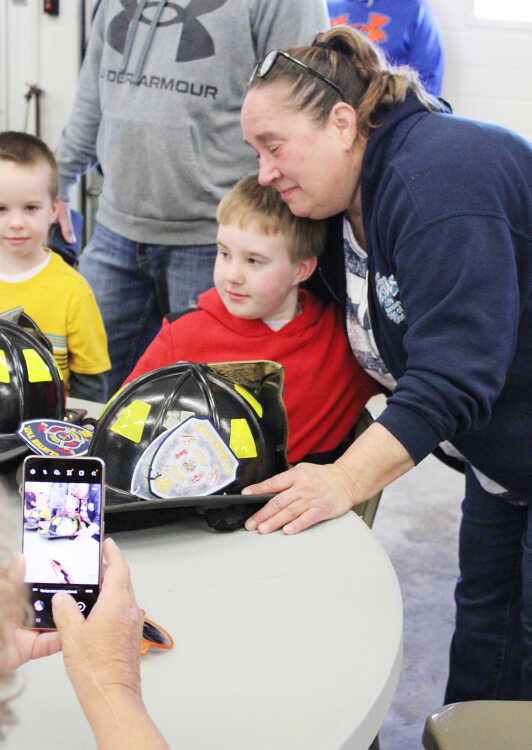 Xander gets a hug from his grandma Sue Pate, with whom he was staying on the day of his heroics.
Banner Graphic/JARED JERNAGAN
Comments
View 3 comments
Note: The nature of the Internet makes it impractical for our staff to review every comment. Please note that those who post comments on this website may do so using a screen name, which may or may not reflect a website user's actual name. Readers should be careful not to assign comments to real people who may have names similar to screen names. Refrain from obscenity in your comments, and to keep discussions civil, don't say anything in a way your grandmother would be ashamed to read.
Respond to this story