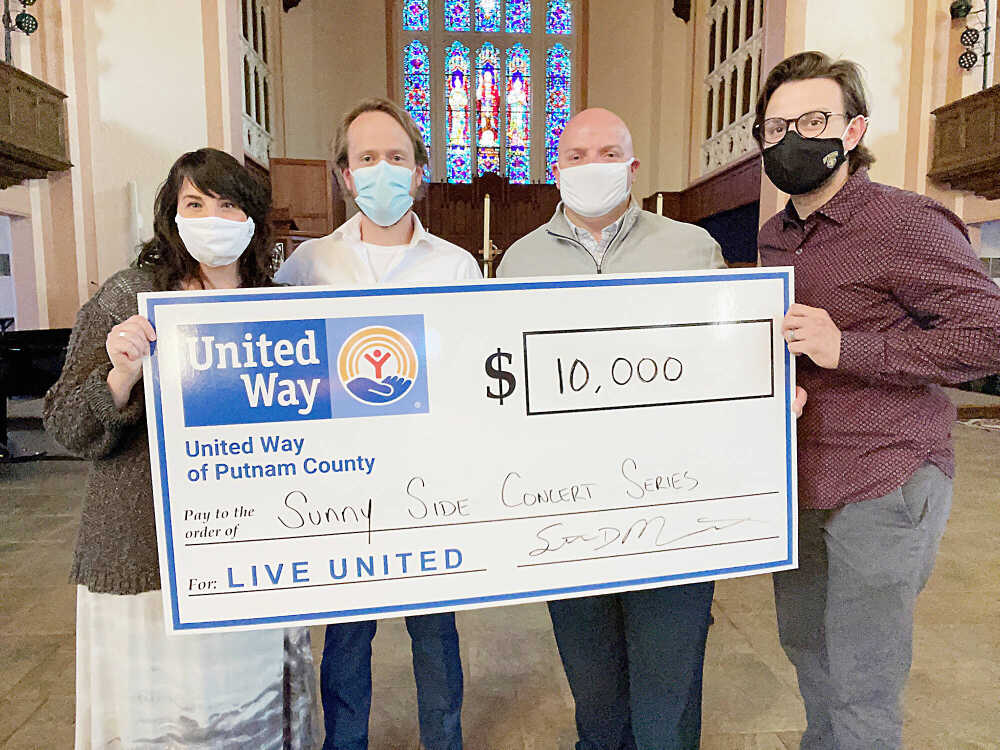 As part of its latest COVID relief grant cycle, the United Way of Putnam County has awarded the Sunny Side Concert Series $10,000, a fitting example of a way to address mental health during this pandemic.

The Concert Series was created by Greencastle resident Bobbie Lancaster in an effort to reach and connect with loved ones at local long-term care facility Mill Pond.

These filmed performances, featuring community musicians and storytellers, were created and streamed into the rooms of Mill Pond residents.

“It was a big push to record and produce four concerts featuring talented friends in our community,” Lancaster said. “I was in total amazement at how quickly doors opened, the team materialized and support grew.”

Current episodes may be viewed on the Sunny Side Concert Series YouTube channel.

The Sunny Side Concert Series is a ministry of Gobin Church.