There is a bit of an unexpected tussle going on right now in the statehouse. You see, the Republican supermajority did not expect to have any problem pulling more money away from public education and giving it to private education entities. It turns out that people are pushing back, and the more they learn about the on-going scheme to give public money to private schools, the less they like it. 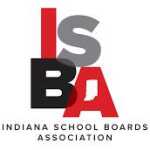 One of the chief documents being used to bolster this dubious effort is a five-year-old literature review from EdChoice titled “A Win-Win Solution.” This report claims to be the “gold standard,” and yet less than half of the references in the report were peer-reviewed, and a significant number were published by the very same organization. The idea behind a review of published works is to look at a multitude of diverse sources, not to selectively pick your own. At minimum, the legislature should look at more recent studies.

Southwest Allen County Schools Supt. Phil Downs, who has tracked voucher impact over the last several years, has compiled data on how much each school corporation could lose in 2021-22 should laws regarding voucher expansion and education savings accounts.

Downs has been doing this for several years, citing money that schools have “lost” since the voucher program was introduced in 2011.

However, according to Downs’ research, the jumps in funding losses next school year would be especially significant statewide, including in Putnam County.

The Indiana Coalition for Public Education has turned Downs’ data into an interactive map available at https://tinyurl.com/2ey3hwtn.

Downs’ estimated funding losses in 2021-22 would be as follows:

A 2018 peer-reviewed analysis of Indiana’s voucher program, based on publicly reported data from the Indiana Department of Education, demonstrated with statistical significance that voucher students do poorer on standardized math testing than public school students and that this deficiency is persistent. Although English scores are nominally the same, high-wage, high-demand, STEM-oriented jobs require math skills.

They would have you believe, in spite of the cited peer-reviewed evidence, that children somehow receive a superior education outside the public school system. They think the public won’t spot the potential for racial and social discrimination, the lack of accountability for the funds spent or the documented cases of fraud within the education scholarship account (ESA) systems in other states.

Please join the legion of parents, teachers, and school board members in making your voice heard at the statehouse. Let your state senators and representatives know that you oppose efforts to divert public school funds to expand the voucher/ESA program and weaken Indiana’s public school system. Our more than 1 million children in public schools don’t deserve this.