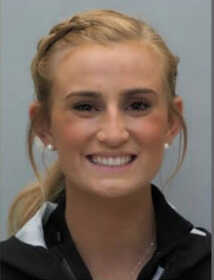 Several athletes with local ties have earned honors at the collegiate level in recent days.

At Rose-Hulman’s Friday Night Spikes Series, where the Tigers finished third, Stoffregen won the 400-meter hurdles and ran the anchor leg of the 1,600-meter relay team, which set a new DePauw record with a time of 3:58.12, breaking the mark set in 2005.

Henry threw DePauw’s first perfect game in softball against Denison, striking out 18 batters and issuing no walks during the week.

For the second time this season, sophomore Emma Wilson and senior Adrien Gentie swept the Track Athlete of the Week honors.

Wilson, a Greencastle graduate, earned her fourth weekly track badge of the season by dominating the 1500 meters at the HU Invitational over the weekend. The Greencastle native’s winning time of 4:24.66 is the best in the NAIA this season, automatically qualified her for NAIA Nationals and broke the school record.