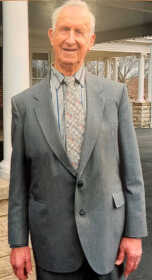 Funeral services will be Friday, May 7 at 1 p.m. at Whitaker Funeral Home, Cloverdale. Visitation will be 11 a.m. until service time.

Condolences may be sent to www.whitakerfuneralhome.net.