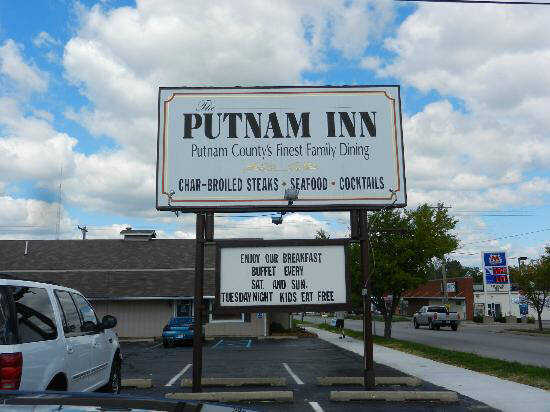 A pair of projects proposed by Chris and Rhonda Brotherton of Greencastle received approval Tuesday night at the May meeting of the Greencastle Board of Zoning Appeals.

They received a development standards variance to reduce the required front-yard setback in the General Business (GB1) District for an outdoor dining area at Putnam Inn, while earning a special exception to allow overnight accommodations at Owl Ridge in the Agriculture (AG) District.

“The Brothertons understand that due to COVID concerns, there is a significant need for businesses to create outdoor seating areas,” attorney Eddie Felling said in introducing the Putnam Inn project.

The 14-foot-wide deck will be on the north, or Daggy Street, side of the restaurant, he added, as the most practical location due to interior configuration restraints and the presence of Mr. Ron’s Bar on the south side of the building, which would prevent families from passing through that area.

Chris Brotherton explained that the open-air deck would be of treated resin or wood surrounded by railings somewhere around four-feet high. The area will be for dining only with no outdoor music planned, Brotherton said.

The outdoor dining area, Felling noted, will lower the inside seating capacity and take up approximately five parking spaces along the north side of the building, parking spots that are the farthest from any door and the least used.

“They don’t anticipate any problems with parking,” Felling said of the Brothertons who have a reciprocal parking agreement with Helmer Appraisal for use of spots along its building to the south of Putnam Inn for overflow parking on busy nights.

The Putnam Inn project variance was granted unanimously on a motion by Jon Clark and affirmative votes from Andrew Ranck, Doug Wokoun and Paul Champion.

The special exception to allow up to eight 600-square-foot, one-bedroom cottages southeast of the Owl Ridge Events Center was also unanimously approved following a motion by Wokoun.

The new facility, which recently hosted the Greencastle High School prom and events like the Parks Department’s Breakfast with the Grinch, primarily has wedding events scheduled, Felling said.

The addition of accommodations would allow the wedding party to remain on site, for example, following a rehearsal dinner in anticipation of the wedding.

The Brothertons have no intention of building more than eight cottages, Felling noted.

While neighbors have expressed concern that the cottages addition might turn the facility into a hunting lodge, Brotherton said he has no intention of doing that.

In fact, he and Rhonda recently sold their home and plan to build a new residence on the west end of the 168-acre site at Owl Ridge.

One nearby resident, Danny Swalley, said neighbors were concerned that if there were hunting events allowed that visiting hunters “might not know where our houses are.”

“Bullets can ricochet a long way,” he added.

Felling laid his concerns to rest, noting that “unequivocally Chris and Rhonda are not planning to use their property for hunting at all,” adding that use of the cottages is tied to the use of the events center.

They could still have events like a Ducks Unlimited banquet or something like that, Felling said, but no hunting would go along with such an event.

Brotherton said he would not object to one of the conditions for approval be that no commercial or paid hunting be allowed.

Another condition is that the cottages cannot be subdivided from the events center. In other words, they could not be sold off separately.

Owl Ridge received a special exception in 2018 for events, conferences, etc. Potential traffic safety issues as visitors left the facility were voiced at that time.

The Brothertons have worked out arrangements with Cloverdale Police for traffic control and monitoring the attendees.

“As far as we know,” Chris Brotherton said, “there has not been one accident” at the location and no traffic back-ups as feared.

“We had the (GHS) prom two weeks ago,” he added, and “had seven police officers on hand. That made the event go so much smoother.”

Once the cottages are built, he said officers will also monitor guest activity between the main venue and the cottages.

The Greencastle BZA will next meet in regular session at 6 p.m. Tuesday, June 1 at City Hall.