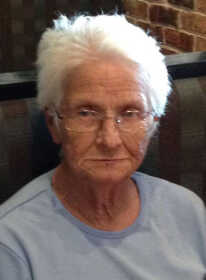 Betty Jean (Pilant) Lambermont, 88, of rural Greencastle, passed away on Friday, May 7, 2021 at her home in Clinton Township.

The family moved to the Coalmont area when she was about six years old and she attended school there.

She was the only sister, with four older brothers, and Betty frequently mentioned that her dad called her “Tom,” as she loved being out helping him with the animals and farm chores.

On May 1, 1949, she married Robert Wayne Lambermont of Jasonville, and soon after they made Putnam County their home.

Betty had worked in the cafeteria at Clinton Center School and as a nurse’s aide at the Putnam County Hospital.

She continued her love of living on the farm and was always Bob’s helper, whether caring for animals, doing farm chores or helping with construction work and repair work on various projects. She much-preferred being outside working with him than being in the house. When the grandchildren were young, they lovingly called them “Grandpa Farm and Grandma Farm,” and that name is still used by them today, as well as by extended family and friends.

They spent several winters in southern Texas, but always returned home in time for her to go mushroom hunting. She also enjoyed hunting ginseng in the fall, but more than anything else, being with her family was her favorite way to spend time.

Services will be held at 1 p.m. Monday, May 10 at Hopkins-Rector Funeral Home. Burial will follow in Clinton Falls Cemetery. Visitation will be held from 11 a.m. until time of service Monday.