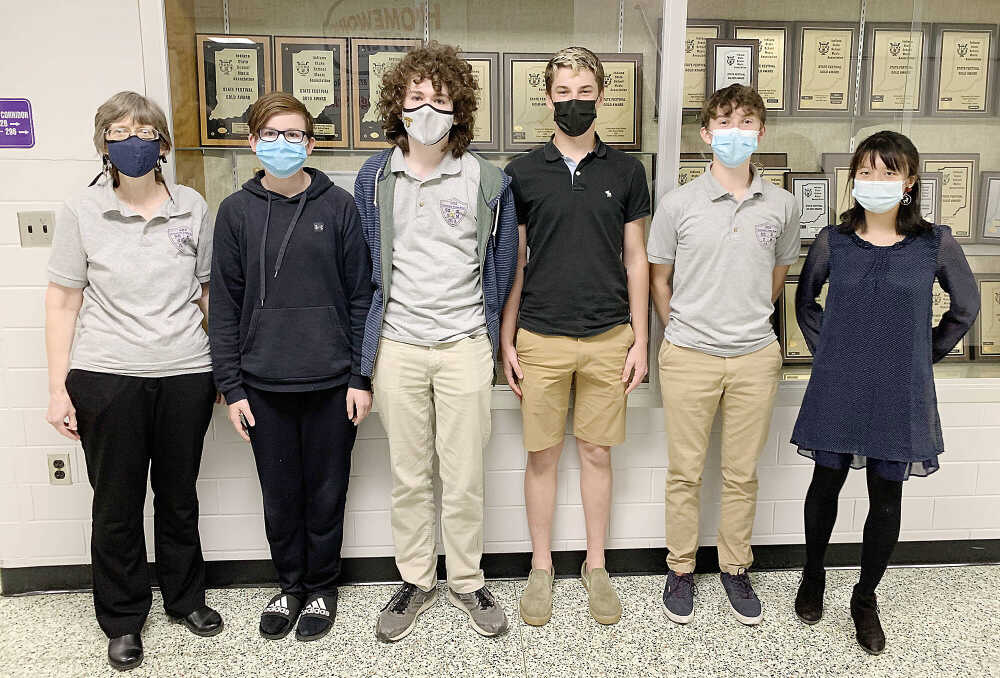 Perhaps that’s cherry picking, with 2021 being the only year the team state finals has been held virtually, but it’s only a small part of Greencastle’s larger legacy in Academic Super Bowl. 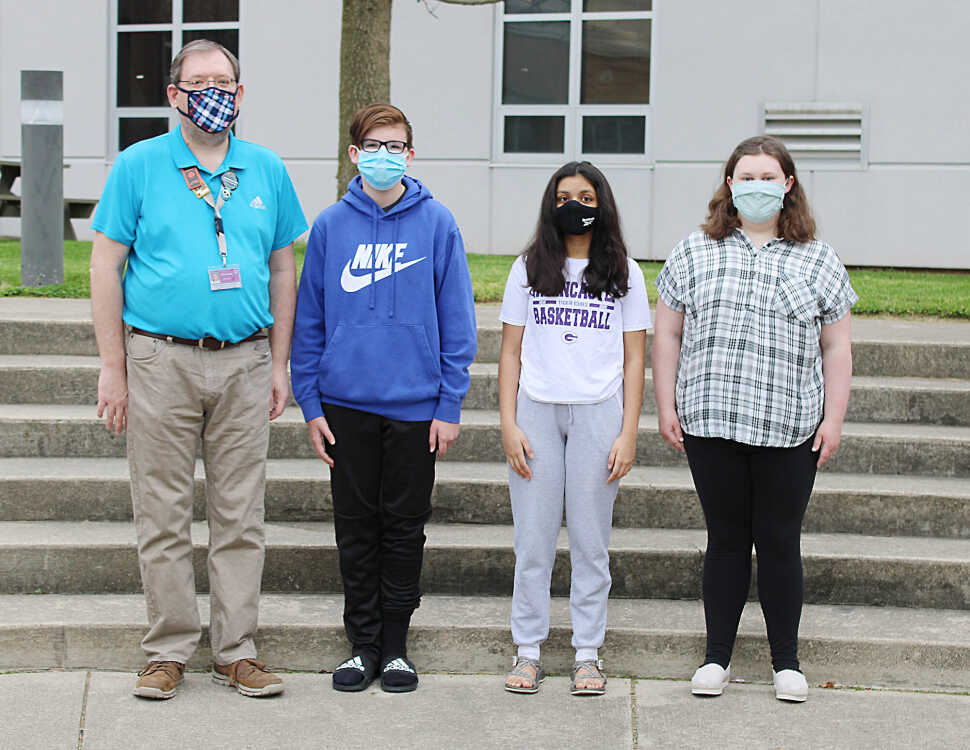 With the 2021 versions of the GHS math and science teams claiming state crowns, Greencastle ran its state record to 31 state titles across all disciplines and all classes — two more than second-best West Lafayette, though the Tippecanoe County school could claim another title when the interdisciplinary results are announced today.

“We’re pretty excited,” GHS science coach Brad Kingma said. “It was quite an interesting night and a weird year, so it was cool to end that way.” 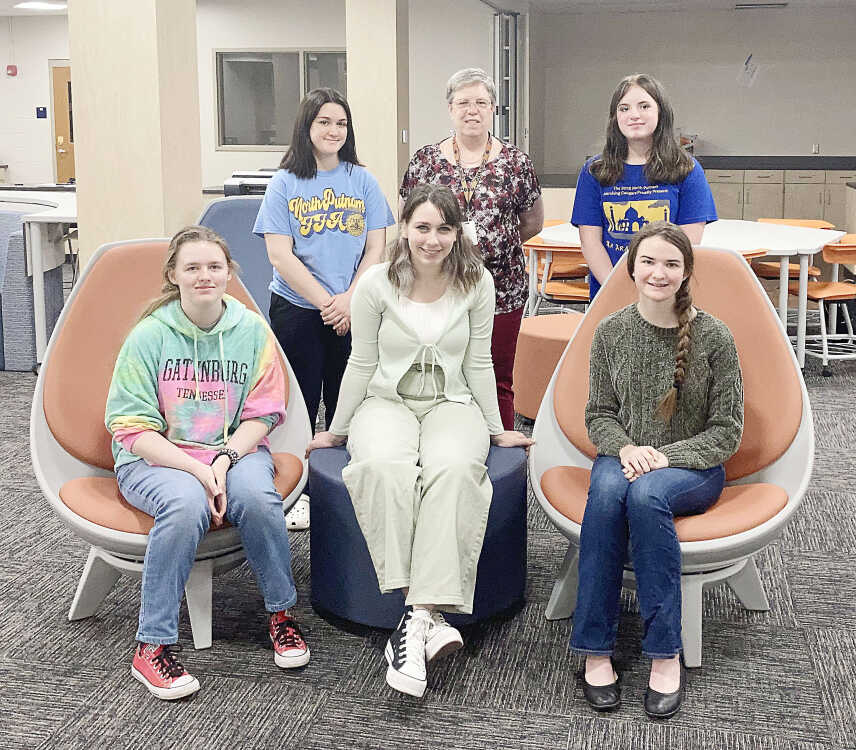 “I am super proud of my team,” Hansen said. “They have put in a lot of hours studying the math material this year. I enjoyed teaching them BASIC and FORTRAN which are two of the earlier computer programming languages that I learned back in the ’80s.” 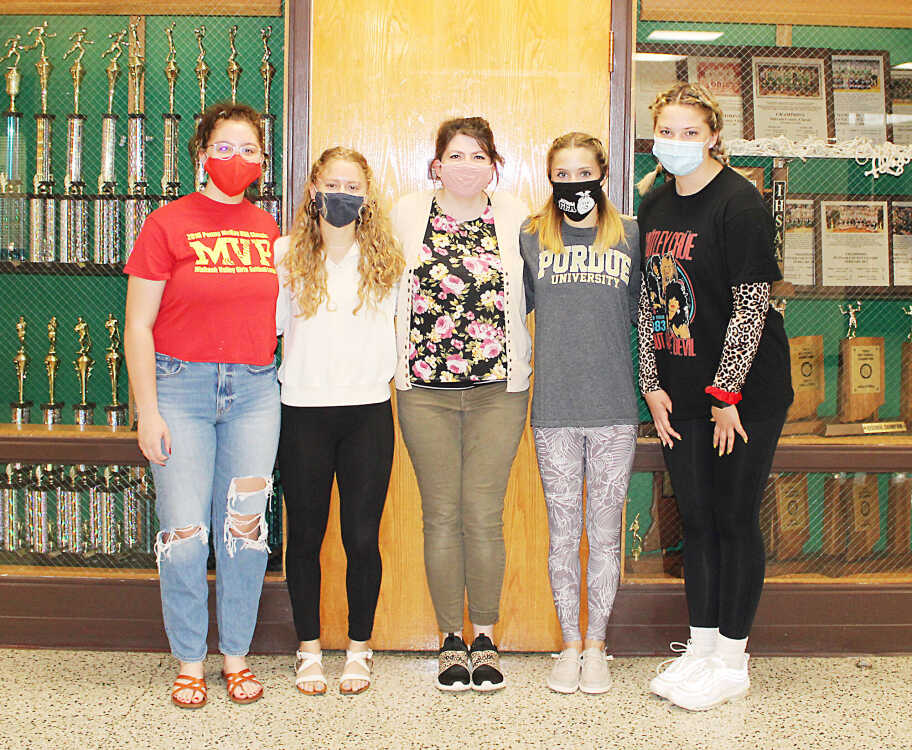 Cloverdale’s math and science teams also made the finals but finished outside the top three.

The night wasn’t easy going for anyone. Aside from the challenging material, it was a competition marked by technological challenges.

Being conducted on Zoom, things started off behind schedule and fell further behind as the night went along. It got so late, in fact, that the interdisciplinary competition, which featured no local teams, was conducted separately later in the week.

The GHS science team had a technical challenge of its own.

“We had no sound,” Kingma said. “Normally, the question is read by the reader, so the students can hear it as well as see it on their screen.”

The problem was on Greencastle’s end, so the competition continued as normal. Kingma applauded his kids’ resilience.

“They said, ‘I think it will be better if we can’t hear it,’” Kingma said.

Apparently they were right. At the 12-question break, GHS had a perfect score and a three-point lead.

So of course, GHS missed the first question after break, and then four overall in the final 13 questions.

One big difference from a live competition is there were no live scoring updates, which Kingma believes may have worked to their advantage.

“We retained our three-point lead, but didn’t know where we stood,” Kingma said. “I don’t know if maybe that relieved stress for them and they just did their best.”

The title marks the first for GHS in science since Kingma had teams go back to back in 2015 and 2016. It is the school’s seventh science title overall.

GHS now has five math crowns and three straight, since there was no team competition in 2020.

Hansen believes on a run like this, a winning mindset kind of takes over.

“I like to talk about it being a culture, like an athletic team,” Hansen said. “You build a culture so they know what it takes to do it.”

That seemed to be true on a team in which Crary was the only previous finalist, but Huff and Dombrowski had been reserves two years ago.

“There’s a desire. Once you’ve won two, you want to keep it going,” Hansen said. “Not that they didn’t work hard before, but once you’ve won, you work hard to repeat.”

She also knows that having bright students who can calculate quickly goes a long way.

“They’ve seen most of the math in the high school before,” Hansen said. “Then we add the other on top, but it’s not like I have to teach them the math to begin with.”

For Fields’ North Putnam team, the night was about persevering through a slow start and then getting hot after the break, to the tune of 10 straight correct answers at one point. Again, the lack of live scoring may have helped.

“Suddenly, they put the scores up on the screen and we were jumping up and down and were like, ‘We finished second,’” Fields recalled.

For Meluch’s Cloverdale group, this year was sort of like catching lightning in a bottle. All of the girls are seniors and none had competed in fine arts before.

“It really goes to show how studious they are and really independent learners,” Meluch said. “We really only spent six hours together as a team in practice. The rest was on Google Classroom and on their own learning the content as they had time.”