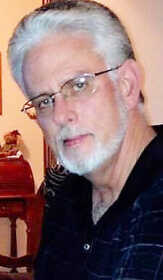 He was a 1978 graduate of Greencastle High School.

Bruce had retired from Progressive Printing, where he had worked as a pressman. After retiring he owned and operated Grimes Tobacco Shop.

He was a member of the Greencastle Elks Lodge 1077 and a Past Exalted Ruler.

He was preceded in death by his father.

Funeral services will be held at 1 p.m. on Wednesday, May 19 at Hopkins-Rector Funeral Home. Interment will follow at Forest Hill Cemetery. The family will receive friends from 11 a.m. until time of service on Wednesday at the funeral home. The family respectfully asks that CDC guidelines be followed.

Memorial contributions may be made in memory of Bruce to the Humane Society of Putnam County, P.O. Box 444, Greencastle, IN 46135, or to the charity of the donor’s choice.