Upcoming short film 'Weekend in Brazil' to be filmed in Greencastle 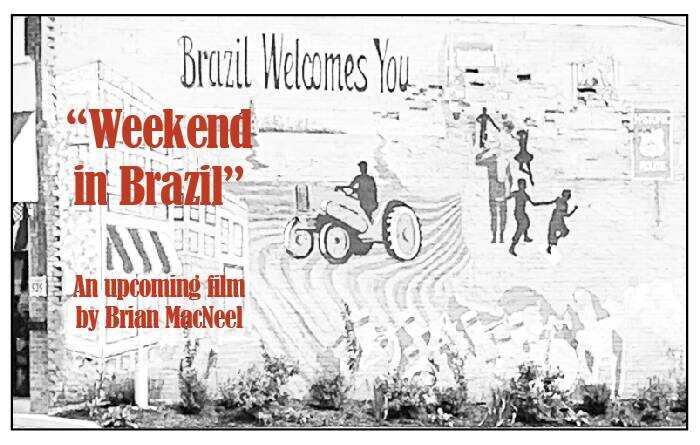 Filmmakers often create their story ideas, and then seek out scenic locations appropriate to the story at which to do the filming.

DePauw University professor Brian MacNeel has used a reciprocal approach for his upcoming independent short film titled “Weekend in Brazil,” which will be shot in Greencastle.

MacNeel has only been in his position as an assistant professor of film studies since last fall, but during that time he has fallen love with the feel of both his new hometown and that of Brazil on his trips through its western neighbor.

“I just was kind of influenced by some of the things I would see while walking around,” he said. “I had some ideas for a film that were linked to this one, and I thought in Greencastle, Brazil and some of the places I had been walking around I could see that film taking place there. The rest just sort of came together.”

MacNeel said that while both cities have their own unique architectural and visual elements, his attraction was more of things that cannot be captured by a camera. Sentimentality played a big part, as well.

“It’s more about the effect that certain areas had on me,” he said. “I am from a more populated area. I came here from Atlanta, and while I wasn’t raised there I came from a somewhat smaller town. The contrast from where I was prior was outstanding. It was summer, and while I was walking around it was kind of quiet. In Greencastle, school was out and nobody was here so there were some nice, quiet moments. There was some of the older architecture in Greencastle, like the old movie theater [Walnut Theater] and some other kind of random brick buildings I would see around Putnam County that gave me some influence, too.”

One newer example of a sight that brought back memories for MacNeel was one common to many cities of similar size.

“There is a strip mall here with an Aldi’s in it, and it just sort of looks like where I grew up,” he said. “It has a similar kind of feeling, and looks like it’s out of the mid-90s. A lot of those have been changed, but it looks very similar to ones I have seen before.”

The plot of the film is one that plays out in many Hoosier communities, with four characters – Kiara, an African-American woman in her early 20s; Jackson, a young, Caucasian tough guy in his early 20s; Steve, a caucasian biker-type in his 50s; and Tina, a caucasian single mother in her late 40s-early 50s.

MacNeel’s synopsis of the storyline is:

“Kiara is a recent college dropout who lives at home with her mom in small town Indiana. When not working at the local grocery store, she spends her time watching YouTube videos to prepare for the next entry-level job interview. Left home alone one weekend while her mother is away, Kiara runs into an old classmate, Jackson. After spending a delightful Friday afternoon together, they plan to hang out again Saturday night. Things seem to fall apart on Saturday, however, and Kiara is left alone, wondering if the brief connection she felt with Jackson was legitimate or not. In the final moments of the film, Kiara makes an out-of-character decision in a desperate attempt to feel happy again.”

Why make this film?

MacNeel acknowledges the film will not be for commercial release and will not be a profitable venture. His reason for making it any way, though, is pretty normal. 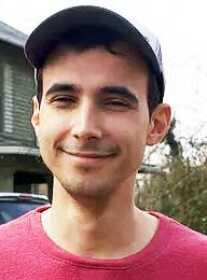 “It’s just what I like to do,” he said. “It’s the equivalent of people who like to paint pictures or write poems. I just like to make films.”

The film will be submitted to various film festivals around the country upon completion. He has made three previous films, and they have been well received.

His work has received multiple awards and screened at several festivals in the United States, such as Sidewalk Film Festival, Athens International Film and Video Festival and the Wicked Queer Boston LGBT Film Festival.

“My goal is always to submit first and foremost in the states where we are filming,” he said, noting that Indiana has the Heartland Film Festival in Indianapolis, among others. “We will also be submitting to various other national and international festivals. They’re never monetized, unless you win a cash prize at a festival – which is pretty rare.”

The title of the film is an homage to one of MacNeel’s favorite films – “Paris, Texas.” He hopes for a certain reaction for people seeing the name of the film.

“It’s one of those things where the viewer might see the title and say ‘Oh, Brazil,’ and not realize we’re talking about Brazil, Indiana.”

How to get involved

Auditions are being scheduled through May 29, and anyone interested in auditioning should e-mail MacNeel at weekendinbrazilfilm@gmail.com by that date.

Actors are not affiliated with the Screen Actors Guild, and do not specifically draw a salary.

But MacNeel works to make sure that no one who appears is donating time or losing money to be in his films.

“We are able to offset living and travel expenses, so it is sort of a modest stipend they will receive,” he said.

Ideally, MacNeel would have actors to come from the cities being featured in the film.

“I’d like to target people who are from Greencastle, Brazil and Terre Haute who are from this region,” he said. “That’s my goal. Whether or not they have previous acting experience doesn’t matter. I work with people and we have numerous rehearsals. It’s a fun way to give back to the communities.”

He’s not exclusively limiting his roles to locals, though.

“At the end of the day, the film has to get made,” he said. “If we do have to cast somebody who’s from out of town, then we do it. My goal is to avoid pulling folks in from Chicago or somewhere like that.”

MacNeel said his film’s locations depend on scouting, a process still ongoing approximately six weeks away from filming.

“It might have some things in Brazil, some in Greencastle and some from other places,” he said.

Major motion pictures often require city streets to be blocked off in order to keep the film crew safe, and MacNeel isn’t sure whether that will be necessary or not.

“We hope to be able to get cooperation from local officials, and we usually do,” he said. “Filming downtown in Greencastle is much easier than Brazil because there is much less traffic there. Sometimes we find ways to not have to shoot on busy streets and we can shoot somewhere else.”

MacNeel has also taken a liking to the many covered bridges in Putnam County, and is trying to come up with a way to incorporate those structures into his film.

“They are beautiful,” he said. “I’m thinking about using some of them.”

While Greencastle is the primary filming location, MacNeel is still looking for one specific Brazil site for a key part of the film.

“We’re still looking for a grocery store or convenience store to shoot in for a day,” he said. “This can often be difficult to find. It can either be a local mom-and-pop store or a modern ‘dollar store’ or other convenience store.”

MacNeel plans to shoot the film from July 9-12, and the commitment from the actors will vary.

“If it’s the lead role [Kiara], that actor will need to be here all four days,” he said. “The other roles will require a day or two.”

How to see the film

Upon completion, MacNeel wants to have a premiere screening in Greencastle at the Ashley Square Cinema and wouldn’t mind also having one in Brazil as well.

Once he begins the submission process for festivals, MacNeel noted that the film cannot be placed online and it may not be available for up to a year once that process has been completed.

“Definitely anyone who is involved with the film will be able to come to the premiere, and – COVID allowing – anyone who wants to see it would be able to come as well,” MacNeel said. “We still have to work out the nuts and bolts of that.”