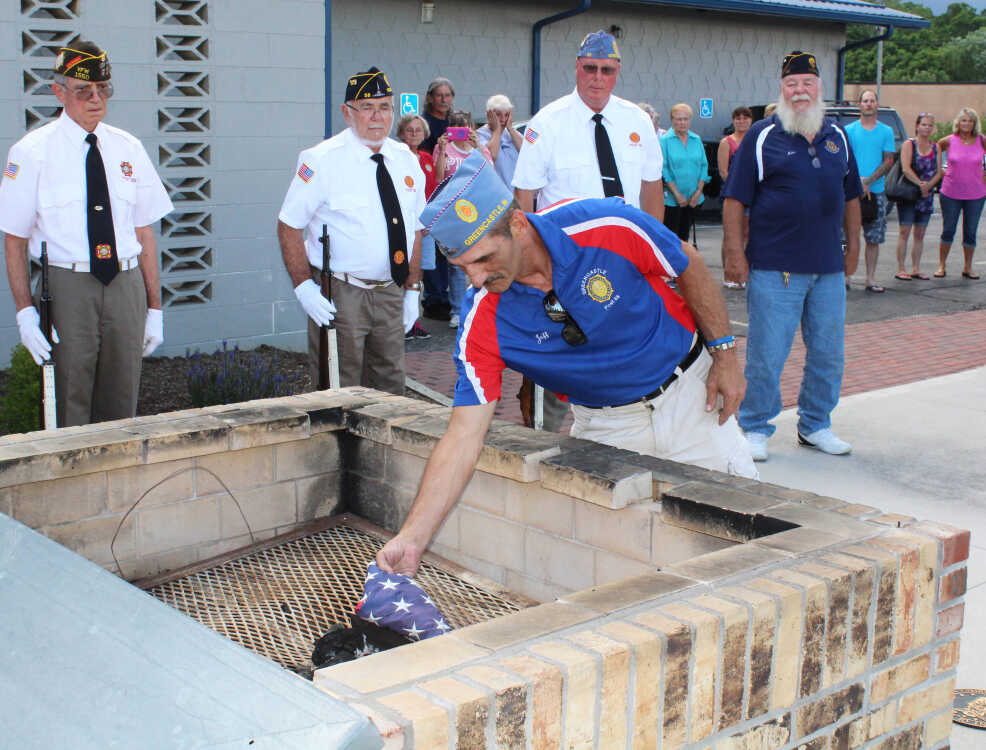 Greencastle Sons of the American Legion Sergeant-at-Arms Jeff Bray places a retired American Flag into the burn pit at the Greencastle American Legion during a previous Flag Day ceremony. The Legion will again be retiring flags in a ceremony Monday.
Banner Graphic/JARED JERNAGAN
Order this photo

The Legion and VFW Honor Guard will conduct a 21-gun salute and a Flag Day flag-burning disposal ceremony at 6:30 p.m. at the burn pit outside the Legion Post main entrance at 1401 E. Indianapolis Rd. The ceremony is open to the public.

Prior to the ceremony, the post will also host a dinner, which is free to all police, fire and ambulance service representatives, beginning at 5:30 p.m.

The general public may also partake in the meal for $8 each.