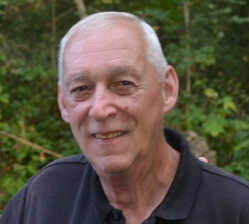 He served in the United States Navy as a medic. He was awarded The Purple Heart Medal, for his bravery in Vietnam.

He retired from RR Donnelley after 47 years. His memberships included Browns Valley Christian Church and DAV.

In 2016 he was nominated and chosen to be a torchbearer for the Indiana bicentennial. He enjoyed fishing, family, racing, porch dwelling, basketball, and reminiscing about his high school days. He loved spending time with his family boating on Raccoon Lake.

William was preceded in death by his parents, a brother Gary Rossok, a grandson Matt Sizemore and great-grandbaby Bailey.

Visitation will be at Browns Valley Christian Church, 9011 State Road 47, Crawfordsville, on Saturday, June 12 from 2-4 p.m. There will be a visitation at Browns Valley Christian Church on Sunday, June 13 from 2 p.m. until the time of the funeral service at 3 p.m. with Pastor Dave Finch officiating. Burial will follow the service at Old Union Waveland Cemetery with Military Honors by the United States Navy and Byron Cox Post 72.

The service will be recorded which can be viewed on William’s obituary page at www.sandersfuneralcare.com.