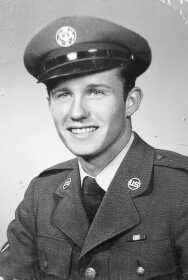 John was a 20-year career Air Force officer, worked at Shelter Insurance, was a musician, soloist, barber shop lead, actor, producer, director, Bright House finalist, owner and operator of Waldron Company Real Estate, politically active for many years, past court mediator with Florida Fifth Judicial Court and many other organizations that he was very involved with.

John was active with organizations that he felt very strongly about and he loved his family and friends.

John will truly be missed by his family and friends. May he rest in peace.