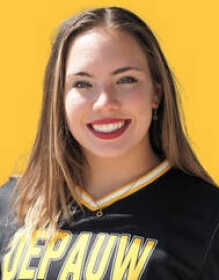 A pair of DePauw University athletes were recently earned recognition for their academic prowess.

A biochemistry major with a 4.00 cumulative grade point average, Kennedy was an all-North Coast Athletic Conference selection in 2021 as she helped the Tigers to a 6-4 overall record. 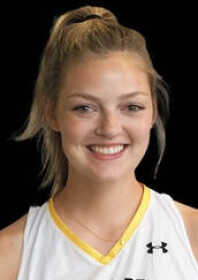 Cami Henry (Camby, Ind./Mooresville), a rising senior at DePauw and pitcher on the softball team, has been selected to the College Sports Information Directors of America Academic All-District« VII Division III Softball Team.

A communication and Hispanic studies double major, Henry has achieved a 3.74 cumulative grade point average. Henry was a first team National Fastpitch Coaches Association Division III All-America selection in 2021 and a Division III Pitcher of the Year finalist. A two-time North Coast Athletic Conference Pitcher of the Year, Henry led Division III with 24 wins this year, while finishing fifth with 228 strikeouts and tied for ninth with three saves.

She posted a 24-2 record with a 1.14 earned run average as she helped the Tigers to a 40-5 overall record, a tie for third at the NCAA Division III Championship and the NCAC title. She was inducted into the Chi Alpha Sigma National Scholar Athlete Honor Society this spring.

Kennedy and Henryĺs names will now appear on the national ballot to be in the running for CoSIDA Academic All-America« honors.