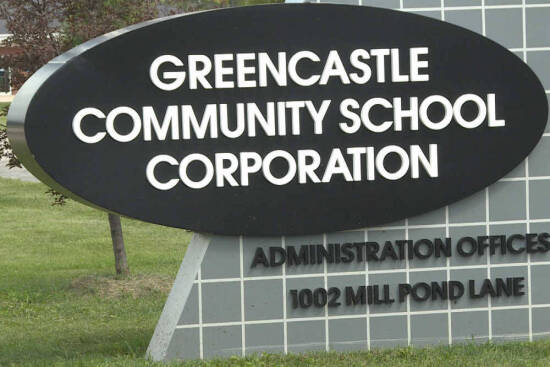 He might have been talking to the City Council but Greencastle Community School Corporation Superintendent Jeff Gibboney was preaching to the choir.

Gibboney joined school board member Russell Harvey in reporting to the Council -- which appoints two of the five members of the school board (Harvey and Brian Cox) -- about current projects and achievements during the Council’s August meeting at City Hall.

Enrollment numbers were brought up, and Gibboney said the GCSC might be up as many as 50-70 students this fall (the official count day will come later) after following the statewide trend in declining enrollment in recent years, experiencing a 43-pupil decrease from year to year with last year’s pandemic-dominated year no different.

“One of the things that will help drive enrollment,” Gibboney reminded the City Council following a question from Stacie Langdon, “is we need good housing and we need new housing development here in the city.”

The superintendent conceded that a teacher shortage does exist, “even more now than there was before.”

“We haven’t filled all the teaching spots this year, and I’m quite convinced we won’t,” Gibboney said, then hitting on a pet peeve of local officials and economic development experts alike.

“If people are going to work in Greencastle,” Gibboney suggested, “we don’t want them living in Plainfield. We want them living here and contributing to our school system and our local economy.”

Adding rooftops to the community has long been an elusive local issue. The more houses are built in the city, the greater the tax base, and the more likelihood of school-age children living in those homes and figuring into the school funding formula for GCSC.

“Thank you for bringing up housing,” Councilman Adam Cohen said, “because we all talk about it all the freaking time.”

Gibboney did have other good news on student numbers.

More than 160 students are enrolled in kindergarten for 2021-22, although 10 to 15 are repeat customers from the pre-K program conducted during the last tumultuous school year.

Likewise, the eighth grade at Greencastle Middle School is at 150-160 students.

“Our smallest classes are our junior and senior classes, which are right around 110,” the superintendent noted, adding that the GHS freshman class is at a healthy 135.

Overall, Gibboney said the GCSC is “likely to experience some bumps in the road like we did last year. I’m proud of our teachers and our staff. They’re pumped up and ready to continue to make an impact. That’s what educators do.”

During the pandemic, he said, “teachers, parents and students really stepped out of their comfort zones to make sure learning could continue as much as possible.”

Gibboney also told city officials he is “really excited about the facility improvements that are coming to our schools.”

While targeting safety, security, access and the teaching environment, GCSC is “looking at coordinating academics, fine arts and athletics by connecting Parker Auditorium and McAnally Center to the high school.”

While the majority of physical improvements will be made to the high school, middle school and McAnally Center, the project “will touch all our facilities,” the superintendent said.

“Lots of things are nearing end-of-life,” he added. “It’s been quite a few years since we touched the high school and middle school.”

The nice thing, Gibboney noted, is that with other bond issues coming off the books, the improvement projects will be “debt service rate neutral.”

Meanwhile, the project architect is getting close to developing construction blueprints, he said. That should allow for construction bids to go out in October or November with construction expected to begin in December. The work should take 18-24 months to complete, the superintendent said.

“It’s an exciting time to be a Tiger Cub,” Gibboney concluded.