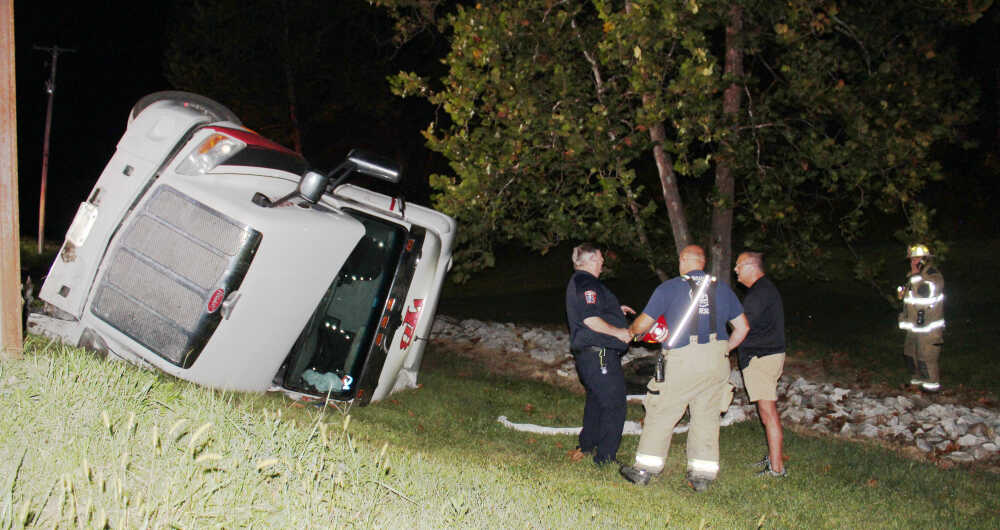 First responders survey the scene in which a semi with a dump trailer crashed near JTN Outdoor Power Equipment on U.S. 231 Tuesday evening. The driver was arrested for driving while intoxicated.
Banner Graphic/BRAND SELVIA

A motorist was arrested for impaired driving after his semi hauling a dump trailer rolled over on U.S. 231 between Greencastle and U.S. 40 late Tuesday evening.

The driver, identified as Cory Struttman, 45, Washington, Mo., was southbound in his 2017 Peterbilt approaching JTN Outdoor Power Equipment when he went left of center and ran off east side of the roadway. The semi rolled on its driver's side as it came to rest in the ravine.

While he suffered minor injuries, Struttman showed signs of impairment and failed a field sobriety test. He was then administered a certified chemical test with an ACE of .20.

Struttman was transported to Putnam County Hospital for medical treatment. Once cleared, he was booked into the Putnam County Jail for driving while intoxicated at 1:04 a.m. Wednesday. 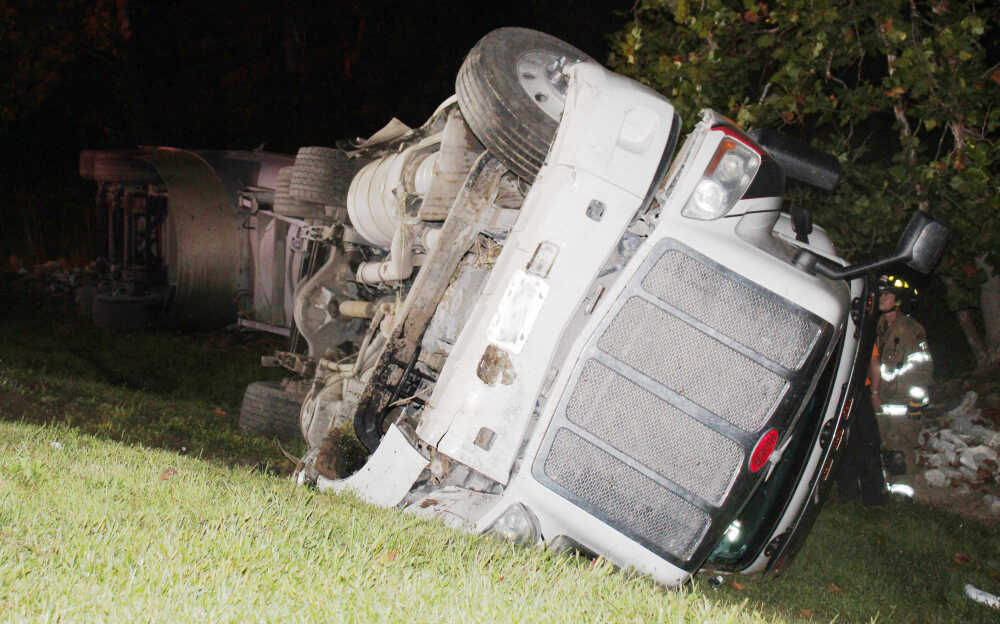 Curtis Wrecker was called to retrieve the semi. The dump trailer was empty.

With emergency vehicles stationed on the east side of the highway, traffic on both sides was able to continue while personnel tended to the scene.