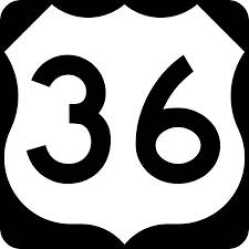 AVON – A public informational meeting will be held on Tuesday, Sept. 14 for the proposed U.S. 36 added travel lanes project in Avon, the Indiana Department of Transportation (INDOT) has announced.

The meeting will inform the community of the project scope and schedule, describe preliminary design plans and solicit input and comments from the community. An open house with a question-and-answer session will be offered before and after the presentation.

The proposed alternative involves an added travel lane beginning just west of Avon Avenue (Old S.R. 267) to just west of Ronald Reagan Parkway. The proposed improvements will involve milling, resurfacing and widening of the existing roadway to provide three through travel lanes in both the eastbound and westbound directions on U.S. 36.

The existing traffic signals may require modification or replacement.