If like more than 20,000 other Facebook users, you follow the Putnam County Sheriff’s Department on the social media site, you may have found a surprise on Thursday.

It began with a video of an Asian video game posted to the feed on Thursday morning.

Then later in the day came the renaming of the page to “Street Boxing,” along with a profile picture change and a post of a boxing video.

No, the Putnam County Sheriff’s Office has not become a boxing fan site.

Cpl. Scott Ducker, who does a rather creative and engaging job as the department public information officer, explained to the Banner Graphic that the account has, indeed, been hacked.

Ducker has been working with Facebook on resolving the issue. But as many who have dealt with the tech giant in the past can attest, the customer service is less than ideal.

Ducker even spoke to an actual human being at one point, but to no avail so far. 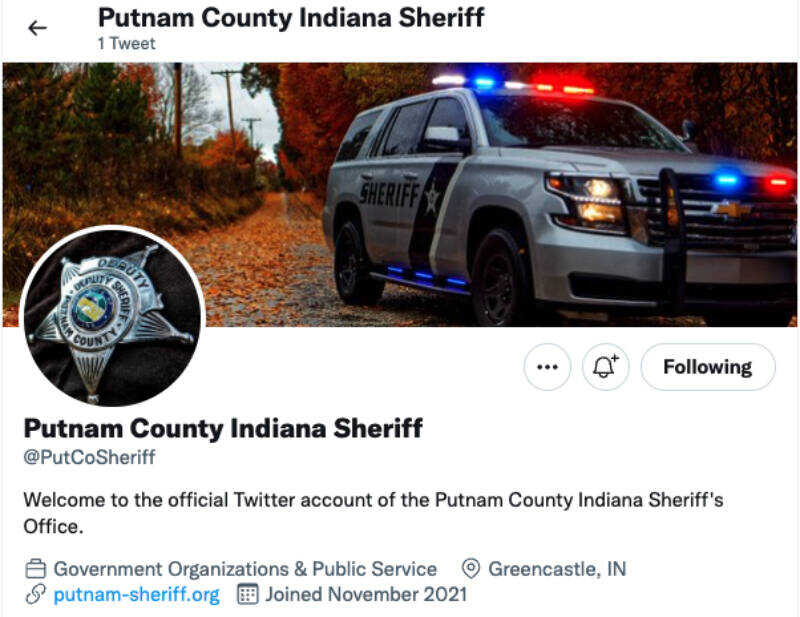 In light of its recent Facebook hack, the Putnam County Sheriff's Office now has a Twitter feed for updating the public.

For now, the department is using Twitter to notify the public of news, incidents and updates until the Facebook situation can be resolved.