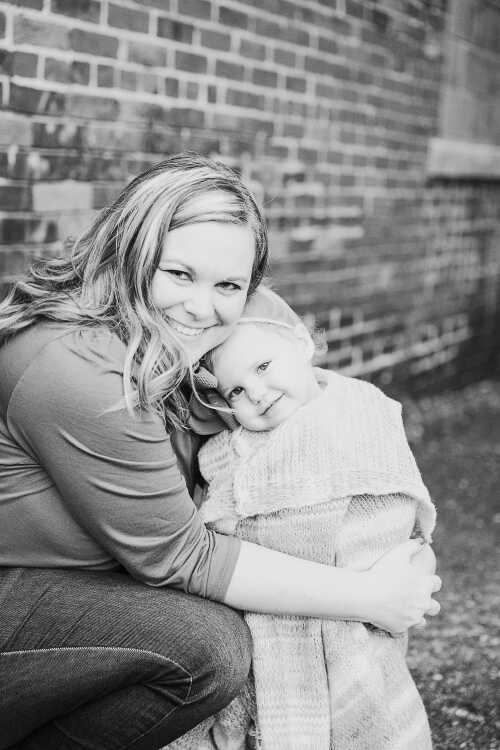 Not only does Montica Patterson treasure the bond she shares with daughter Lenix through breastfeeding, but she has been able to support NICU babies by donating excess milk to Prolacta Bioscience.
Inspired Studios Photography/CASSANDRA PERKINS

When Montica Patterson gave birth to daughter Lenix in March 2020, she didn’t have a lot of experience with breastfeeding.

Life was different when her three sons — Austyn and twins Gavin and Blake Pingleton — all teens when Lenix came along, were born.

But with Lenix, Patterson intended to breastfeed.

During her very first pumping experience, Patterson learned something about herself.

“I quickly knew I would have an excess of milk because the first time I pumped I got three ounces. Women will tell you, that’s not common,” Patterson said. “Some women are overproducers, some women are not. There’s nothing you can do to help that, really.”

So began the process of feeding baby Lenix and pumping in between. Things quickly got out of hand, though.

“I was running out of freezer space,” Patterson said. “I had filled my two indoor freezers, my deep freeze, my sister’s deep freeze, a friend’s two deep freezes.

“I did not want to toss it out because this could mean life or death to another child,” she continued. “From there, that’s when I started researching, ‘What can a do with this milk?’”

Donating the milk to others started informally. A coworker’s daughter had a baby about a month after Lenix was born and that child was having trouble with feeding.

The second baby was suffering from a tongue-tie and could not nurse appropriately and needed to be bottle fed.

Patterson was happy to help out a friend.

“Through donating for her, she was able to extend her journey and she’s still nursing her daughter, who is now 18 months old,” Patterson said.

She soon began making other connections through social media, but found the experience less rewarding for a variety of reasons, most notably fears about safety.

“I got very nervous about what would happen if I made one of these babies sick,” Patterson said.

That’s when she discovered the possibility of donating to a milk bank. After one false start with another bank, Patterson got connected to Tiny Treasures Milk Bank, which is part of Prolacta Bioscience.

In Patterson’s case, that means milk is at her Greencastle home one day then overnighted to Prolacta’s California facility. The donated breast milk helps prolacta provide hospitals with nutritional fortifiers made exclusively from donor breast milk instead of cow milk, as premature babies need additional calories and protein compared to term babies.

The company notes that it has been able to help 70,000 infants worldwide and counting through the time and effort of women like Patterson.

Donating to Prolacta is not a simple process, though. Patterson had to go through an extensive screening process to qualify as a donor, including multiple questionnaires and bloodwork.

The requirements don’t stop once you’re qualified either. Donors must have any medications or supplements they take approved, cannot consume more than one alcoholic beverage per day, must submit to further periodic bloodwork and answer occasional questions about the temperature of the freezer in which they store the milk before it’s sent.

And then there’s the sterilizing.

“I’d never sterilized anything with Lenix or before because you don’t need that with a term baby,” Patterson said.

All bottles and pumps must be washed by hand soon after pumping. Afterward, it all goes into a steam sterilizer. Once sterilized, all the equipment must either stay in the sterilizer or be stored in Ziploc bags or plastic containers devoted to that purpose.

Patterson even keeps a roll of paper towel to be used only when handling pumping equipment.

And no one else — not husband Ryan or any of the three boys — is to touch any of these times.

“Everyone in my house knows not to touch anything milk-related,” she said.

And any milk donated to Prolacta must be retrieved under these conditions.

“No milk can be donated that is not pumped in my house under those strict sterilization procedures,” Patterson said. “So that milk is for Lenix or given to someone else but not donated to the milk bank.” 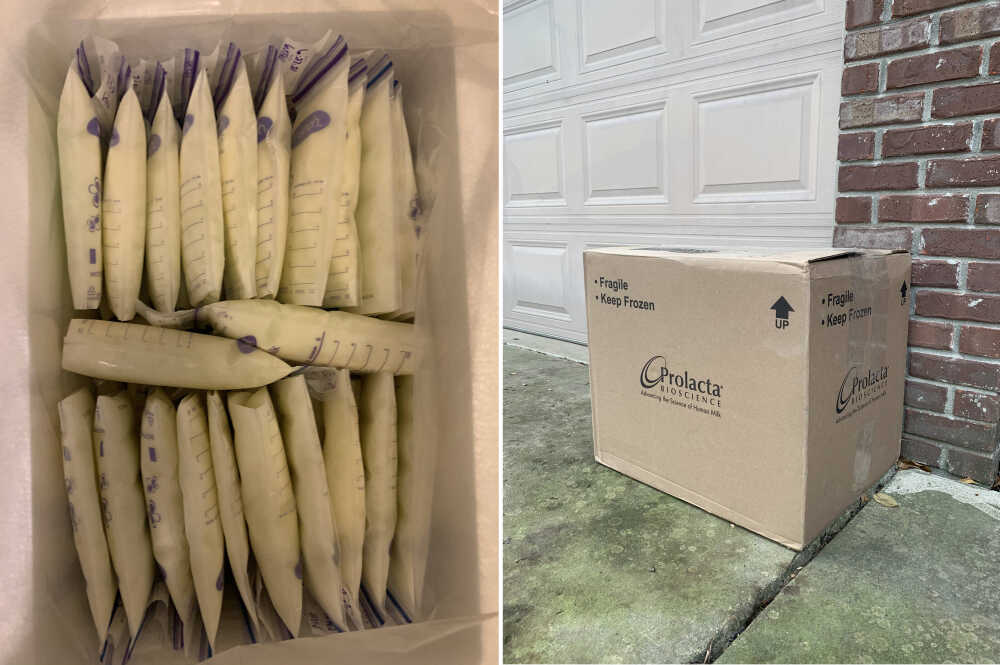 A packed cooler of frozen breastmilk awaits transport from the Patterson home in Greencastle to Prolacta’s facility in California.
Courtesy photos

At this point, Patterson said, she’s still pumping about four times a day, aside from feeding Lenix three times.

“I’m attached to my pump about two hours a day, but that’s not washing bottles and sterilizing, so I probably spend three hours a day,” Patterson said. “But that’s now. At its height, I was faithfully, around the clock, pumping every two to three hours.”

Production has changed over time. In the beginning, on top of a nursing infant, she was freezing between 60 and 80 ounces daily.

That’s an important factor, knowing that Lenix is getting her nourishment first and foremost. In fact, one other requirement of qualifying to donate to Prolacta is the approval of both the baby’s doctor and the mother’s doctor.

“They’re very big on, ‘You feed your baby first, then you donate to us,’” Patterson said.

Not that she has any intention of taking that bond away from Lenix or herself before they’re ready.

“It’s a very emotional thing. I had no idea how emotional it was,” Patterson said. “To this day, there’s a wonderful thing about knowing that I’m the comfort for her to be able to go to bed at night.”

Recently, Lenix’s desire to breastfeed more than normal clued Montica in that something was wrong. When they visit the pediatrician, it turned out that the little one had an ear infection.

“It is her comfort at this point and I’m OK with that,” Patterson said. “I think as a mother you have to determine if you’re OK with that.”

Patterson has good things to say about the company with which she’s partnered.

“Prolacta is very supportive of their donors,” she said. “They are very helpful to reach out to and ask questions. If you have any issues, they will work with you.”

Aside from providing the pumping and sterilizing equipment, Prolacta ships coolers and ice packs to donors, as well as bags in which the milk is to be frozen.

“I am contracted to send a minimum of 400 ounces a month, and in each cooler they would like to have at least 400 ounces,” Patterson said.

While there is compensation of $1 per ounce, as well as occasional gifts, that doesn’t seem to be Patterson’s main motivation at this point.

While she never had a child in the NICU, three of her four children at least had to spend brief periods in special care units, with the twins looking to be likely candidates for the NICU before they were born.

“I don’t want to by any means say I know what a mother goes through in the NICU,” Patterson said. “But I know how scary it was delivering them thinking they were going to the NICU. It definitely puts a personal connection to it.”